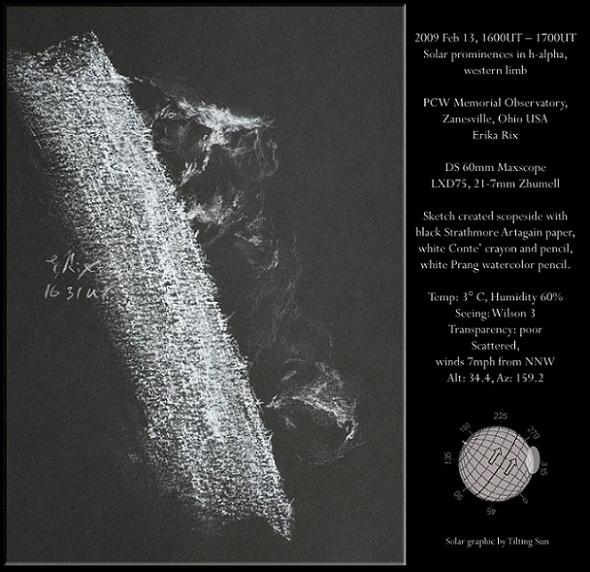 Solar Prominences on February 13, 2009
Sketch and Details by Erika Rix

Approximately 30° inward from the eastern limb, a crescent-shaped plage was seen with a dark dot during my h-alpha observation. No AR was noted in white light. There were a few proms scattered about to the north and south, but the prominences on the western limb really stood out. At first glance it looked like two detached proms, but adjusting the outer etalon and increasing magnification, that section of limb came alive with prominence structure.

3 thoughts on “Plasma Arches on the Western Limb”