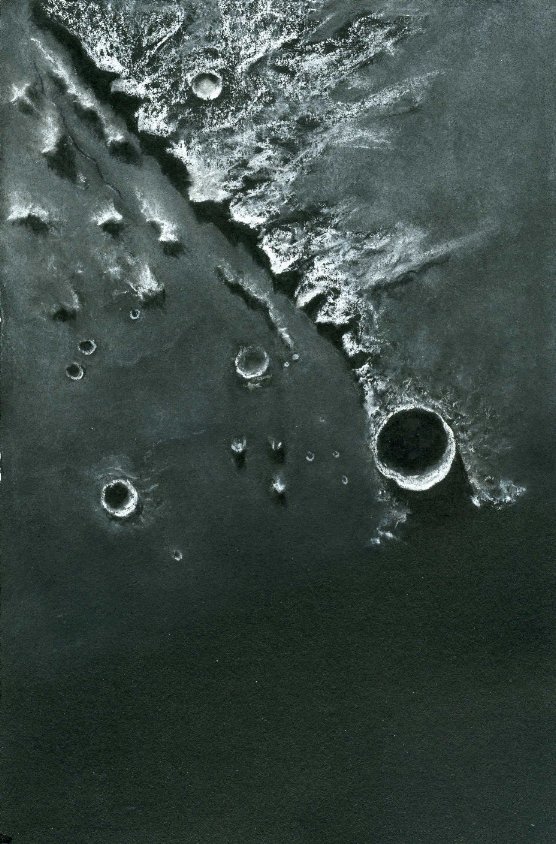 There was a very thick mist that night, and the moon was hardly visible behind the clouds. I  put the scope outside with no intent for observing, as I wanted to adjust a new home made focuser. It was a very pleasing surprise to discover that there was absolutely no turbulence at all on the Moon.
Despite the thick clouds, the light and contrasts were still strong, and everything was frozen, no movement at all. I jumped on my pencils, and made a draft of Eratosthenes, one of my favorite craters on the Moon, maybe my favorite. I like the long and thin design of the Apennine mountains terminating like a lyra, with that black and strange hole, just at the limit of infinite darkness.

One thought on “Entrance to a frozen Hell”