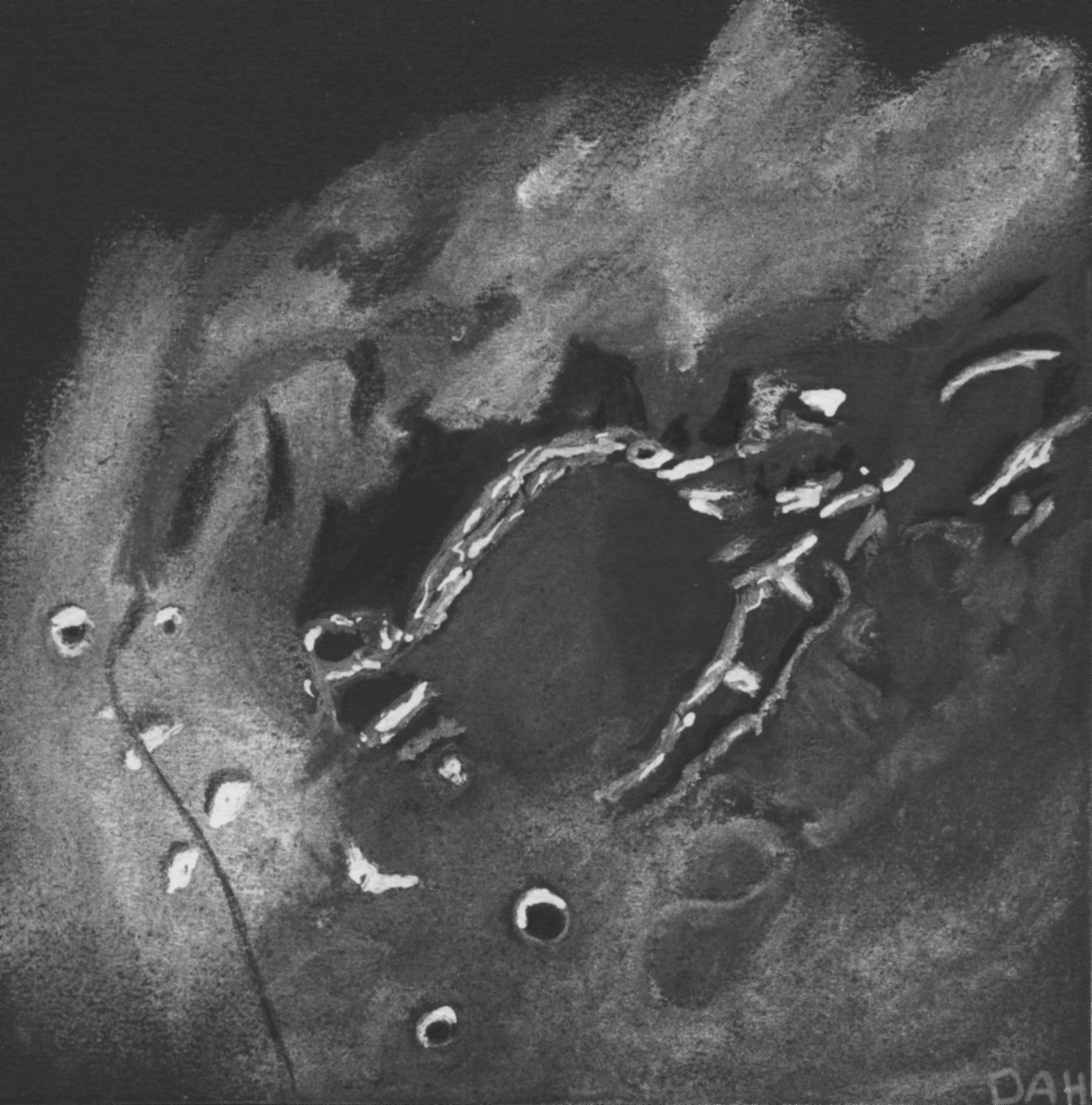 The Weather in the UK has been very wet and windy over the past couple of weeks culminating in the devastating floods in western regions that have made the news over the past week.

On Monday evening just after dark I got a break in the cloud and the Moon shone through with Jupiter in a close embrace. From my observatory I was soon touring the terminator as I so love to do. I was looking for that mountain, ridge, rill, crater or flooded plain that just caught my eye above all else.

Tonight it was lava flooded 80km diameter crater Julius Caesar that did just that, with its low, irregular, and heavily worn wall, washed out completely and the southern end I liken it to a burst dam. It is located to the west of Mare Tranquillitatis, and directly southeast of the crater Manilius on the Mare Vaporum. To the east is the rounded 18km diameter impact crater Sosigenes.

The interior floor of Julius Caesar is relatively level, especially in the southwest half. The northern half of the interior has a lower darker appearance than the south, I hopefully have captured this effect in my sketch. Most likely the floor has been covered or modified by ejecta from the impact that created the Imbrium basin.

There are a number of crater remnants overlapping the rim along the south and northeast edges, the illumination at the time of drawing has allowed me to see and capture one or two of these. A low ridge crosses the floor across the northeast sections of the crater.

Sketch was made on Black Daler Rowney Artist paper using a mix of Conte pastels, Water Colour and other artist pencils applied direct on with a blending stump.

4 thoughts on “Homage to the Emperor”