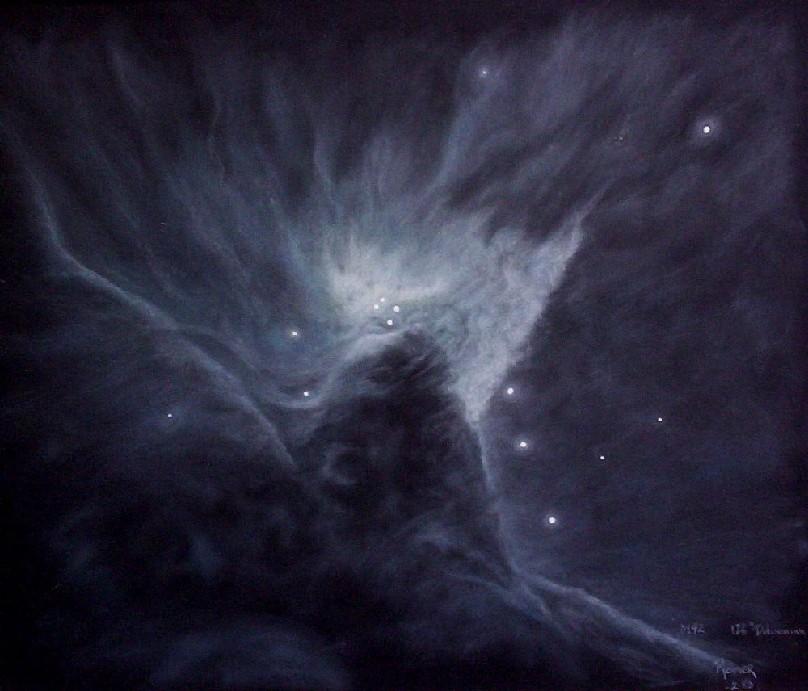 You will notice I have not included any of the smaller stars. I was using stars only as reference points for the nebula and simply ignored them. I’ve been tempted to go back and add them in, but decided I liked it better just the way I originally made it, warts and all.

*Note: James A. Braginton (Jacobsen), the owner/operator of Coulter Optical (deceased) was the first manufacturer of commercial Dobsonian telescopes. The Odyssey 2 (17.5” f/4.5) debuted in January of 1982. Nearly all of them were made in a small shop in Idyllwild, California. The early ones had well figured mirrors and were very inexpensive. Finished mirror sets were also sold in good numbers. -Frank McCabe

3 thoughts on “Sublime and Glorious”