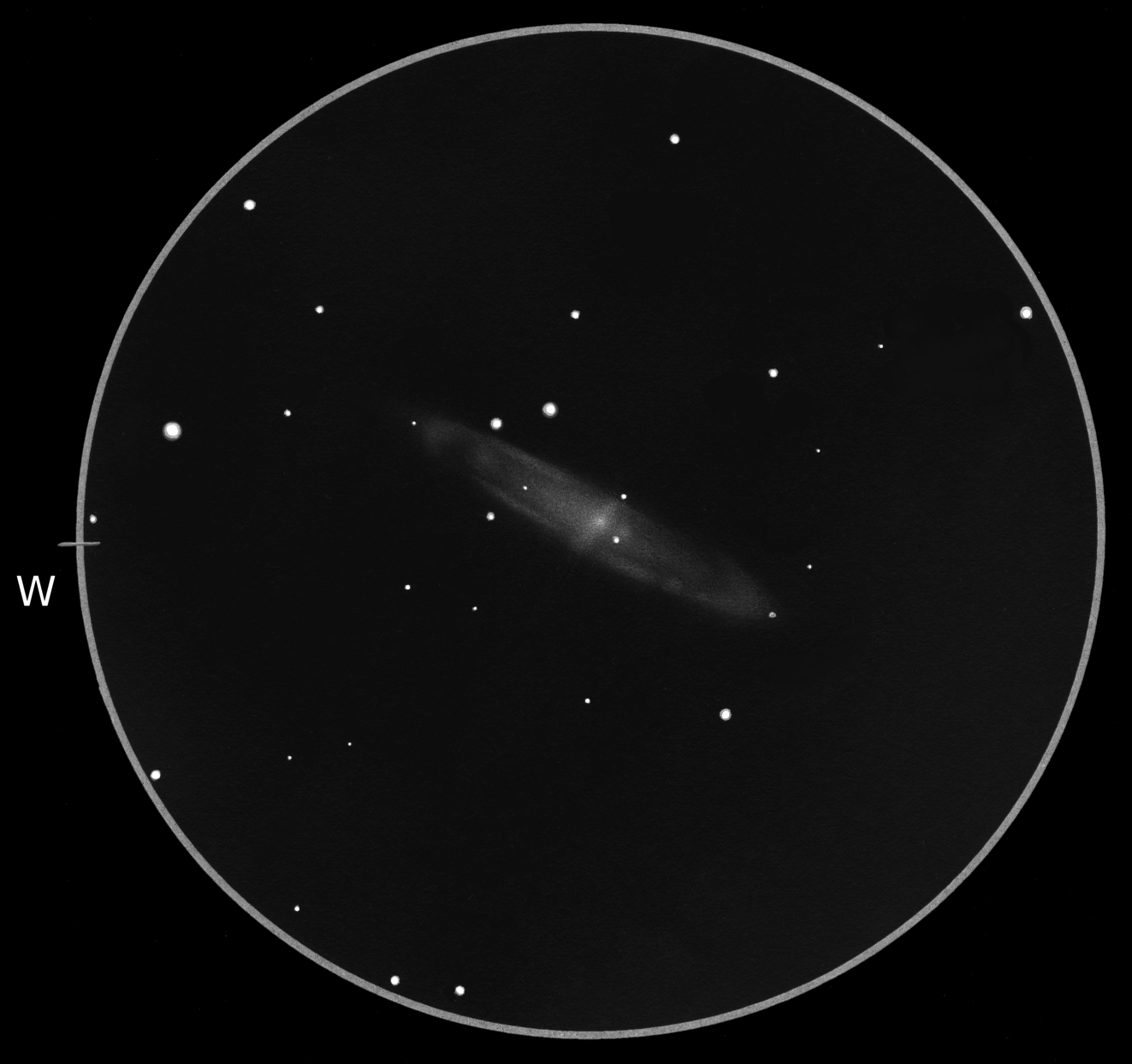 This drawing was made by an 8″ f/5 Newtonian from a dark place next to
Szeged, Hungary. It was a very vlear early-autumn night, but cold wind
blown. After sketching some Messiers I targeted the huge and bright
giant NGC 253 in Sculptor. This is one of my favourite galaxies, so I
wanted to see it after a year-round missing. It was relatively low
above the horizon, but the sky vas really clear – and the galaxy was
very stunning. I picked up my drawing set and started to sketch.
Studied it with different magnifications and combined my impressions.
Lot of details was seemed: a bright nucleus, a short central bar,
parts of the spiral arms, and knots. I think it was one of my best
evenings.

2 thoughts on “Autumn Giant of South”