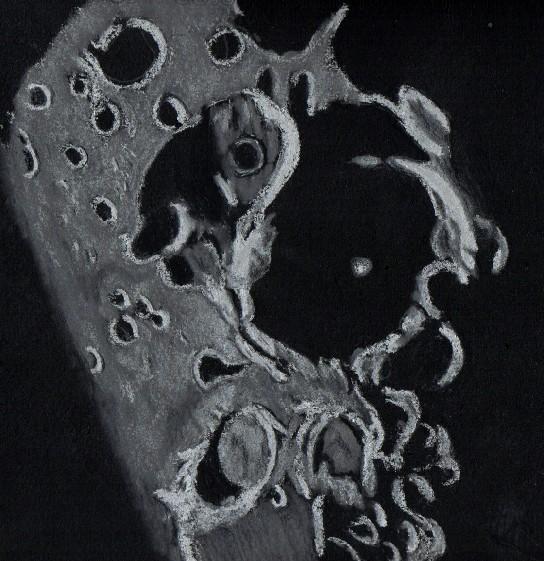 Among the craters in the southern highlands this large walled plain crater (115 km.) really stands out. Seeing this crater on the sunrise terminator was all the motivation I needed to attempt a sketch. The atmosphere was somewhat turbulent so I keep the magnification in the medium range.
I drew this crater back in late July of 2008 when it was illuminated by a higher sun at the waning gibbous phase. As I continued to sketch, the central peak of this crater began to catch the rising sun, and I immediately recalled a beautiful sketch of this crater under similar lighting made by Rich Handy back in 2006 or there about.
Just above Maurolycus which would be south in the sketch, the dark crescent seen is a partial remnant of a more ancient crater than the old Nectarian period Maurolycus. The outer wall of this crater and its partner to the south, south east Barocius (83 km.) stand tall and steep more than 4 kilometers above the floor.

5 thoughts on “A Return Visit to Maurolycus”