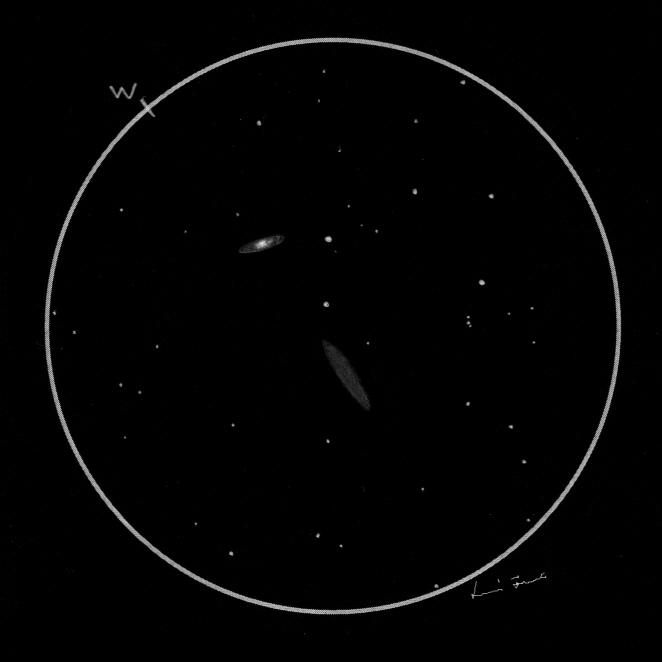 These two spectacular galaxies of similar size but different look, in a nice pattern, are about perpendicular to each other. NGC 7332 is a bit larger and much brighter, however visually I’ve seen it slightly smaller than its fainter companion. A reason for this might be its star-like, bright core, that is washing away the dimmer areas, and to which I estimate a brightness of about 12.7m. The galaxy is losing brightness smoothly toward its outer boundaries. NGC 7339 however does not have a star-like core, its surface looks perfectly homogeneous, it has a shape of a cigar: faint and highly elongated. It has sharp edges. I estimate a surface brightness of 13.2m. Their sizes are: 0.5′ x 1.5′ for NGC 7332, which is much smaller than what is stated in the catalogue (1.1′ x 4.1′!), and 0.5′ x 2.3′ for NGC 7339. The photos I’ve seen make me certain that I’m right in the size estimation, because with these the galaxy pair looks quite the same by size.

One thought on “Similar Size But Different Look”