Description:. “In the forum in which I participate, we made a contest of artistic drawing astronomical Here, drawing a part QUASAR with most steps below.

Dither No.4
Dither No. 6
Pencil 2B
Cotton
The digitization was done with Photoshop. Details were highlighted, the colors changed, and a Hubble image background is added, to give a more realistic touch. ” 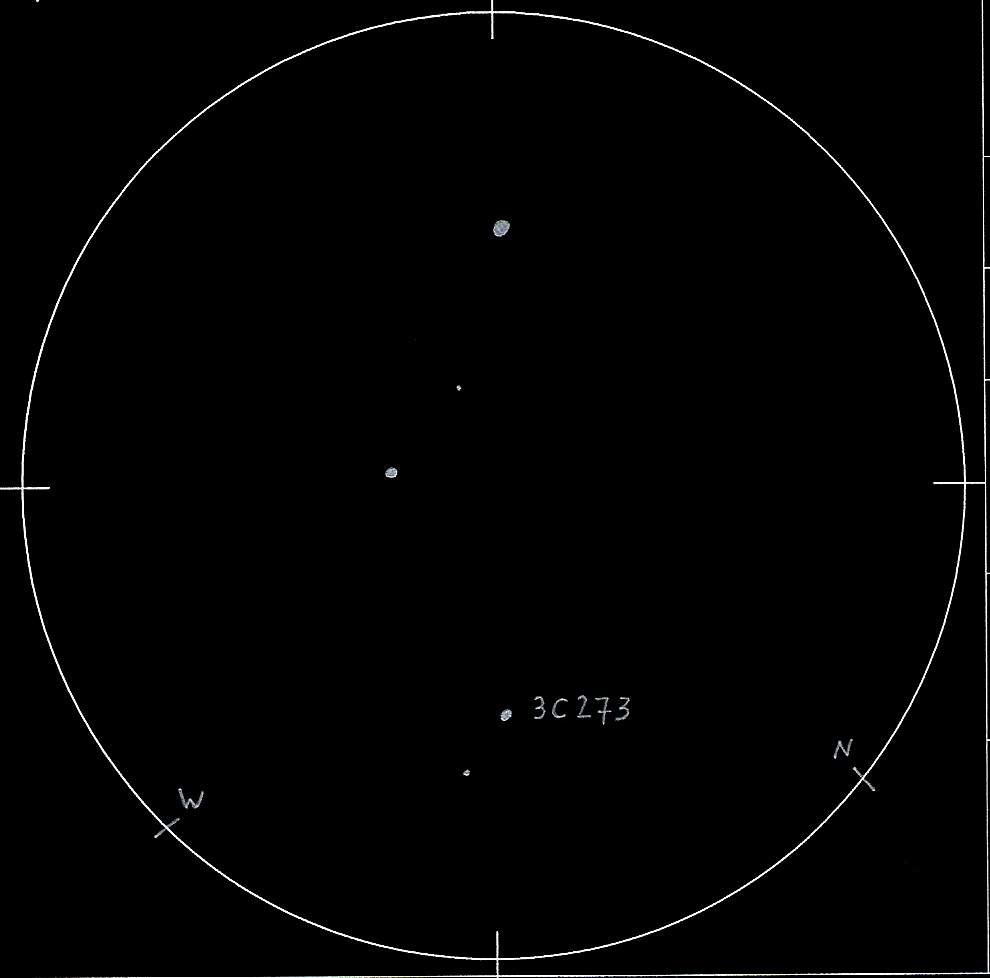 This quasar (acronym for “QUASi-stellAR radio sources”) is probable the most exotic object that I ever observed, but it was also one of the most easy to draw (i.e. a simple dot). 3C 273 was the first object to be identified as a quasar. It is also the brightest and at least one of nearest of all quasars.

Its average apparent magnitude of 12.8 corresponds to an enormous absolute brightness of -26.7 magnitudes visually (about 2 trillion times that of our sun!). At a distance of 2.5 Giga light years (redshift of 0.158) this quasar is for most amateurs the most remote object they can view.

Finding 3C 273 is easy with a detailed chart. The quasar forms a triangle with two stars of 13.4 and 14.2 magnitues. The latter wasn’t visible in the 12″ dobson.