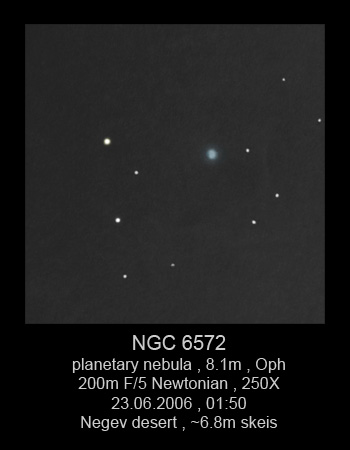 According to Stephen O’Meara’s Deep Sky Companion’s, NGC 6572 is 1.5 magnitudes brighter than M57 and five times smaller. This makes for a bright, and as many discover, colorful planetary nebula. Wilhelm von Struve discovered it in 1925 and described it as one of the most curious objects in the heavens, ” a star surrounded by a bright green ellipse of fuzzy light.”

2 thoughts on “The Emerald Eye of Ophiuchus”