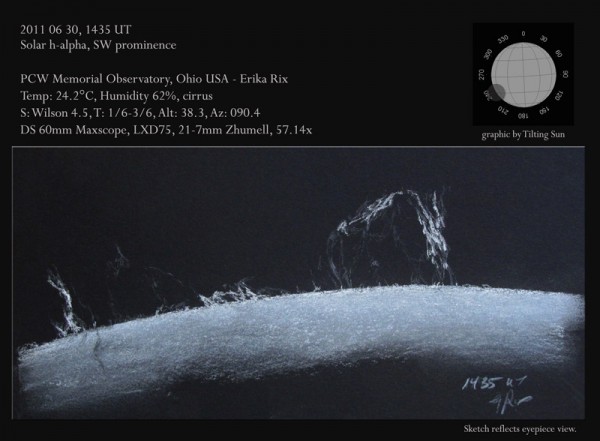 At first glance, this SW prominence only showed a clear view of its northern leading edge and part of its upper arch. To the south, there was a very bright, segmented area of prominence. Transparency was very poor, but on moments of clearing up, I was able to bump up the magnification to show the very light detailed structure of plasma holding it all together. Then yet further to the south, a tall slender area of prominence forked at the tip and its filament reached into the solar disk in three areas, with the northern one being the longest. Again, I could see faint structures of prominence reaching southward from the segmented prominence.

6 thoughts on “Plasma Dancing on the Southwestern Limb”