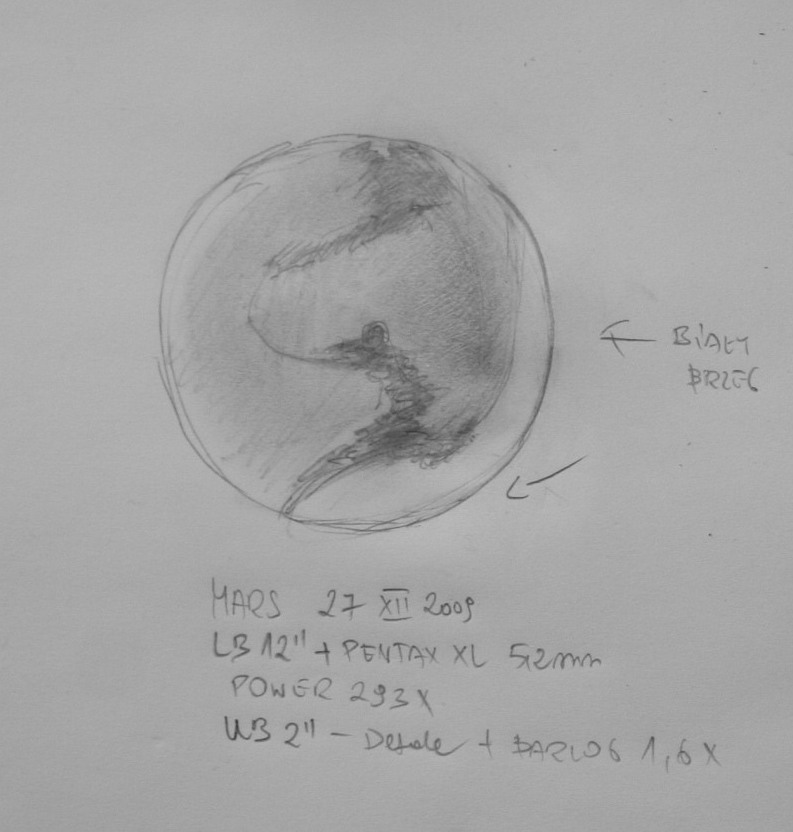 That set proved to be insufficient, to trapping delicate and fragile spots on small disk. So, to make a greater detail I used Barlow 1.6x from Bino WO. It was already almost 469x.
But still the view was too bright. To increase contrast i used Orion Ultrablock.
Pentax XL is a great planetary glass. Wide field whit good correction, allowed me “to pass” the planet from the diaphragm to diaphragm a lot of times (You know – Dobson 🙂 )
What I saw was again alchemy of looking. Spots were unstable, as the atmosphere through I looked at it.
The first thing I could see (in Newton inverted view), was white polar caps on the bottom and eastern shore – shining bright!
The a dark spot on the pole, slowly narrowed towards the top in “s-shaped.” I am not 100% sure that I saw a dark “box” at the opposite side….
I apologise for my imagination 😉