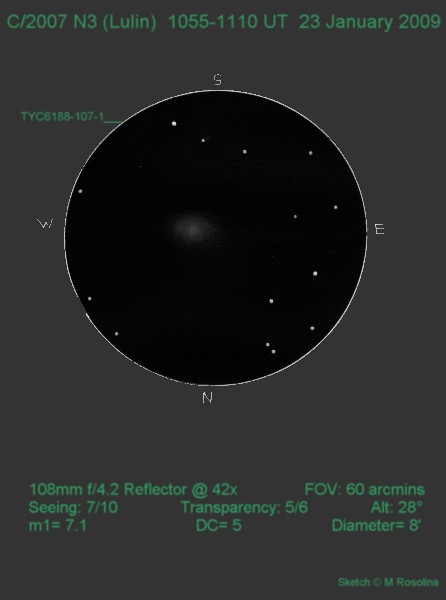 I got up early Friday morning before the waning crescent moonrise to get a fresh look at Comet Lulin under clear, dark skies. Except for images and Jeremy Perez’s sketch, I hadn’t seen the comet since early January and I was curious to see what changes had occurred visually. Lulin is still in the constellation Libra, but it is much brighter and higher in the sky now, an easy binocular object. The coma appears elongated due to the near head-on perspective from our point of view here on Earth and to the comet’s unusual orbital geometry. After viewing Lulin with my 12×36 image stabilized binoculars, I used my 108mm reflector and graphite pencils on white paper to make this field sketch which I later inverted digitally.