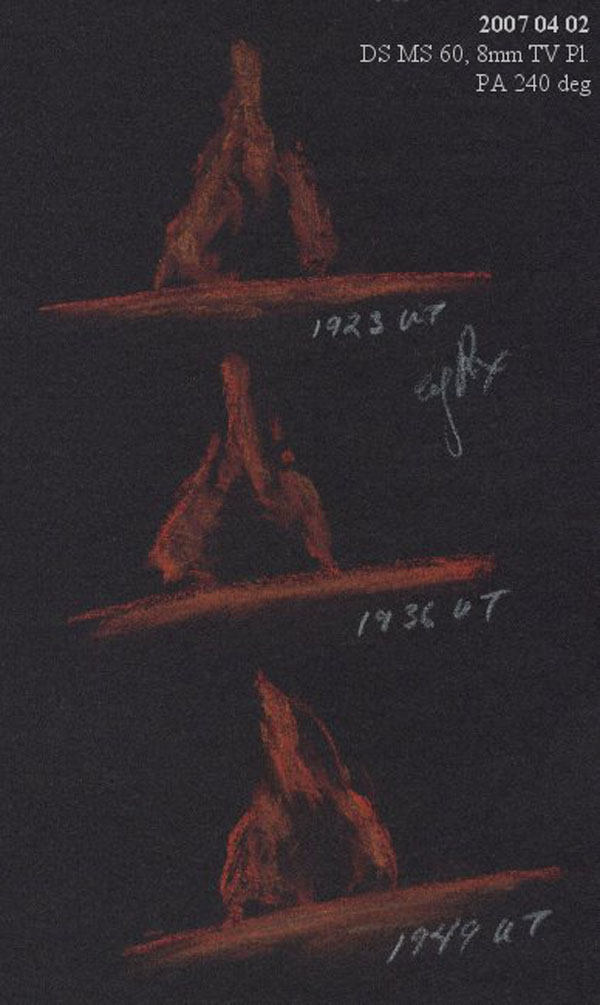 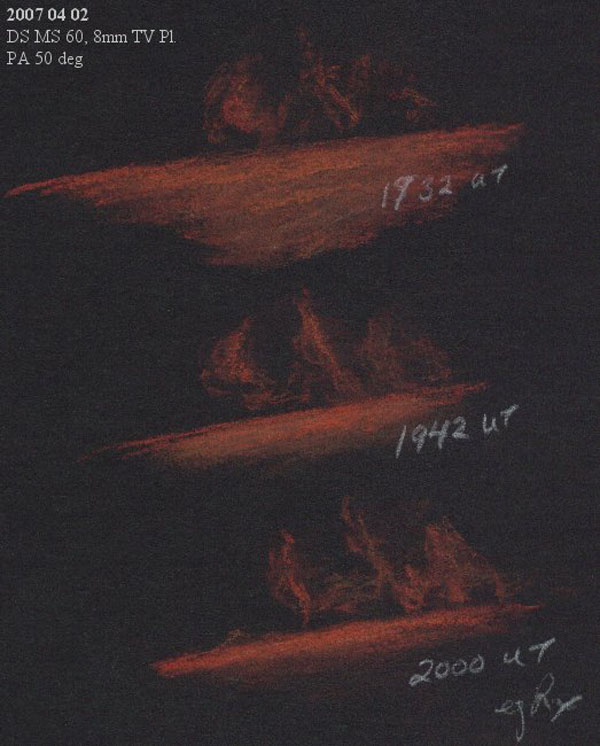 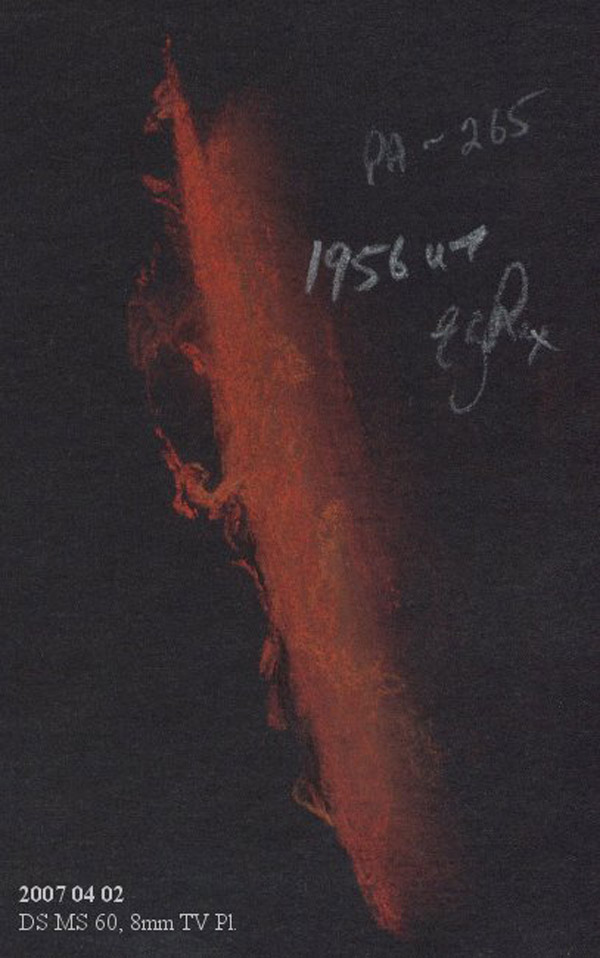 AR949 was not very apparent, but there may have been a hint of a few pores towards the center of the disk, slightly north of the “equator”.  There were two long slender patches of plage near a fairly long (maybe 20 deg) filament in this region.

Along the limb, I noted 7 areas of prominences, with some scattered jets of “baby” proms spiking out here and there.  Of the 7 areas, I initially concentrated on two, position angles of approximately 240 and 50 degrees.  The area at the NE was very faint at first.  I adjusted the front etalon to create more contrast.  But come to find out, yes it was faint, but the sweet spot of this 60mm Maxscope seems to be just SW of center.  I heard that these Maxscopes don’t have a sweet spot, but there is an obvious difference in the contrast depending on where your target is in the FOV with this scope.  Still, it’s a beauty of a scope and I still can’t believe my good fortune in acquiring it.

The prominence to the SW was very sharp and prominent.  Still, you can see the slight changes over a 30 minute time frame, making it an amazing site to behold. Like the Moon, you can’t spend a lot of time rendering the view.  The terminator on the Moon changes before your eyes.  Well I feel the Sun is even more dynamic, and the sketches last only minutes before the shapes take a different form.

Getting back to the NE prom, it was very fibrous and to me was lovelier than the SW area.  Again, the changes are noted in a 30 minute time frame.

What ended up being my la proéminence du jour was a patch of nearly lunar terminator looking proms on the western limb.  When the session began, this area was plain, with only a few little spikes with a finger pointing north.  But about 45 minutes later, made me feel like I was observing the Moon again, just like it did the day I sketched this prominence.

AR946 had comma shaped plage surrounding the 2 sunspots within connected by a darker
strand.  There was a filament about the same size located to the southern region of
the disk as well as plage just inside the limb about 30 degrees from the prominence
at PA 70 degrees.