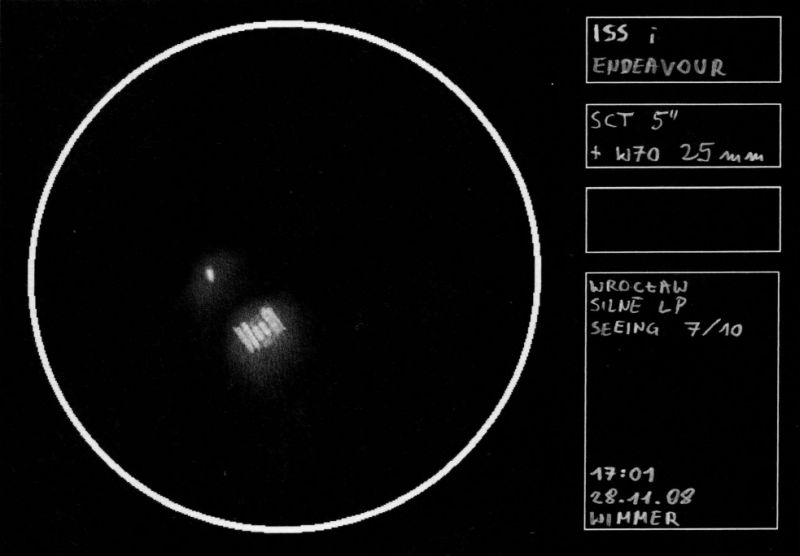 International Space Station and Space Shuttle “Endeavour” about 1 hour and 14 minutes after separation. 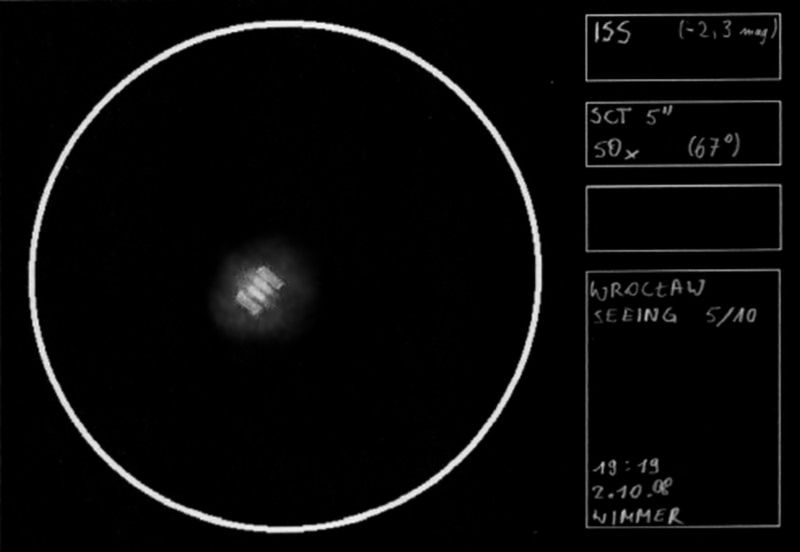 The International Space Station
Sketch and Details by Aleksander Ciesla

Hello!
This is my sketch of International Space Station. It is original i think.

On December 10, 2007, an Atlas 5 rocket launched a classified payload into orbit. After completing it’s first orbit, the depleted Centaur upper stage put on a spectacular show for eastern North America as it dumped its residual fuel overboard. Sightings were reported from Louisiana to Canada. Ed Sunder witnessed the event from Flintstone, Georgia, USA. Like many who observed it, Ed was not immediately aware it was a fuel dump. He noted, “…at 6:50 I looked up in the night sky and nearly directly overhead was a magnitude 1 comet! The core was exceptionally bright (at least mag 1) and the coma was very large – the whole thing was nearly the size of the moon in appearance….I can’t describe how excited I was – I literally had goosebumps. I just wish I’d brought my camera and binoculars.”

Although he was not able to photograph the event, he was able to create a sketch of what he saw later that evening. Using a star field generated by his planetarium software, Ed illustrated the comet-shaped phenomenon so others could visualize the event. 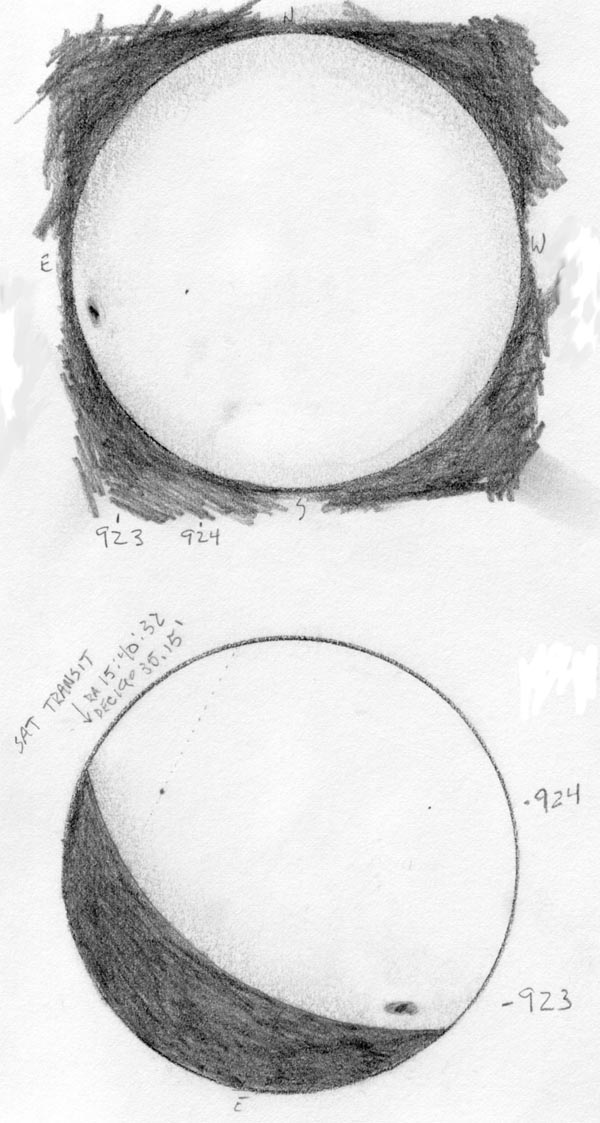