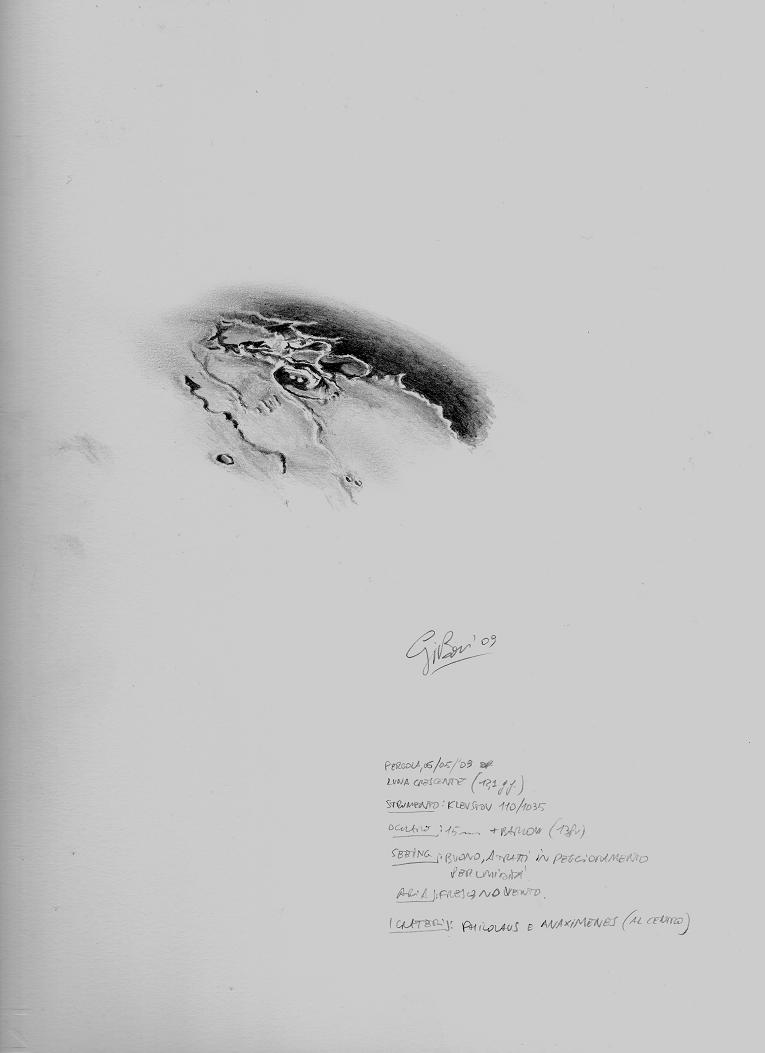 After bad weather i decide to observe and drawing the Moon.The vision is partially clear,humidity and clouds cover the sky and made a sketch was very difficult.But yesterday,the sky was clear and i take my little Vixen vmc 110 klevstov .I observe the north zone and decide to drawing two beautyfull craters:Philolaus and Anaximenes.The execution, at the end, was complicated by the passage of light clouds and humidity.I hope like you .

Clear sky and good sketch for all.
Ciao,Giorgio Bonacorsi. 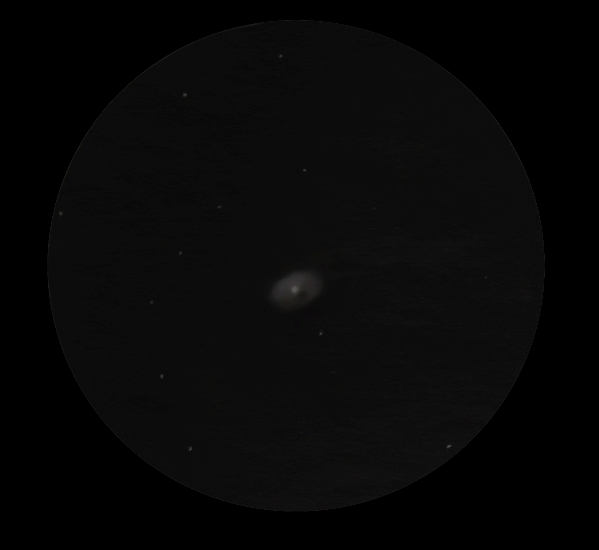 Hi,
I made this sketch in Pyrnik(Poland).Beautiful galaxy, clearly visible
darker place near the center. 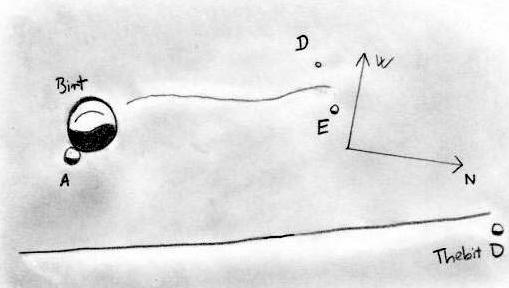 This is my other sketch, I made it at the beginning of April. Rupes Recta was very easy to observe, it was totally in the field of vision. Rimae Birt was not so easy but I could see it firmly. The seeing was very good at times, I could observ the crater Birt D, which had only 3km (~2miles) diameter. I think this was the end of the definition of my telescope. I made the sketch with graphite pencil. 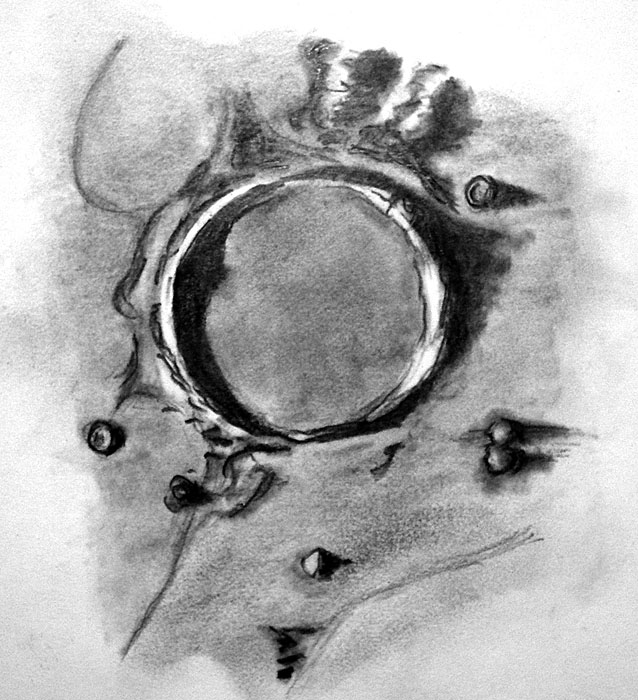 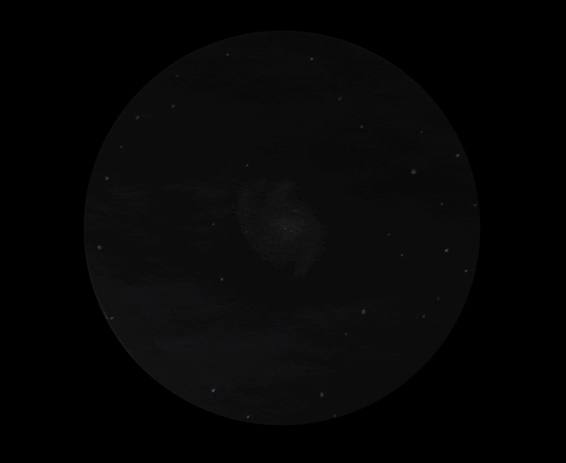 M101, The Pinwheel Galaxy in Ursa Major
Sketch and Details by Janusz Krysiak

The building which has absorbed most of my time, many observations have
enabled me to draw some conclusions. First of all, the best results
achieved when the galaxy was very high. My requests generally
poorly-visible, the middle of the oval and a little brighter, you can
see two “weak points of light” near each other in the vicinity of the
center, I recommend a look around the chief field of view, found three
“weak points of light” to show the galaxy frame, after a long
observation draws M 101 is a painting, sketch shows roughly what I saw
and I must say that gave me a lot of satisfaction. 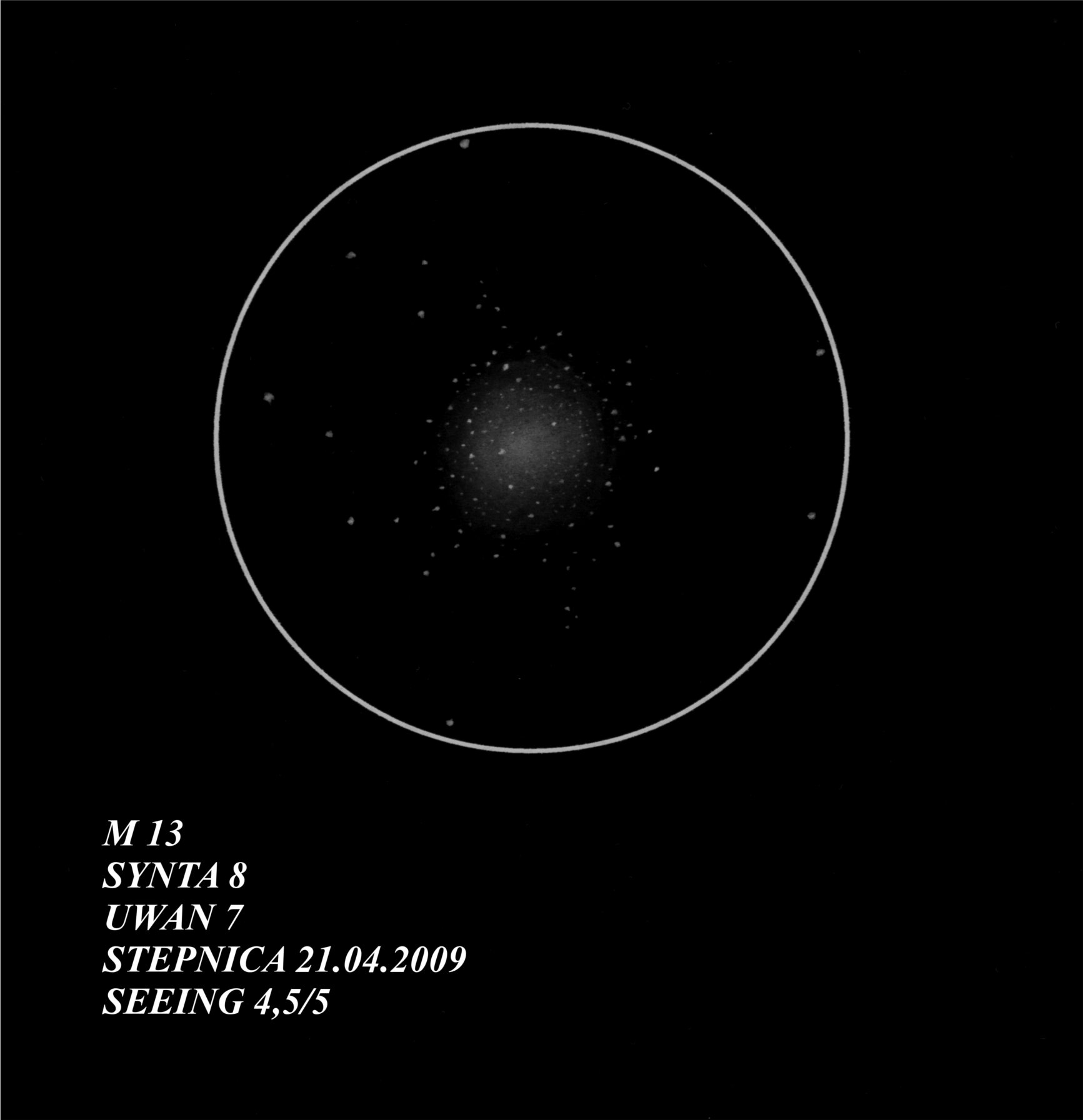 This beautiful view of M13, the Great Globular Cluster in the constellation Hercules, was rendered by Polish amateur astronomer Robert Gudański. The cluster, some 25,000 light years from Earth, contains hundreds of thousands of stars. It’s been said that the core of M13 is so dense with stars that a planet near the center (assuming a transparent atmosphere), would behold a sky full of bright suns. In fact the sky would perpetually be several times brighter than the full Moon. Not quite the place to be if you like Deep Sky Objects! 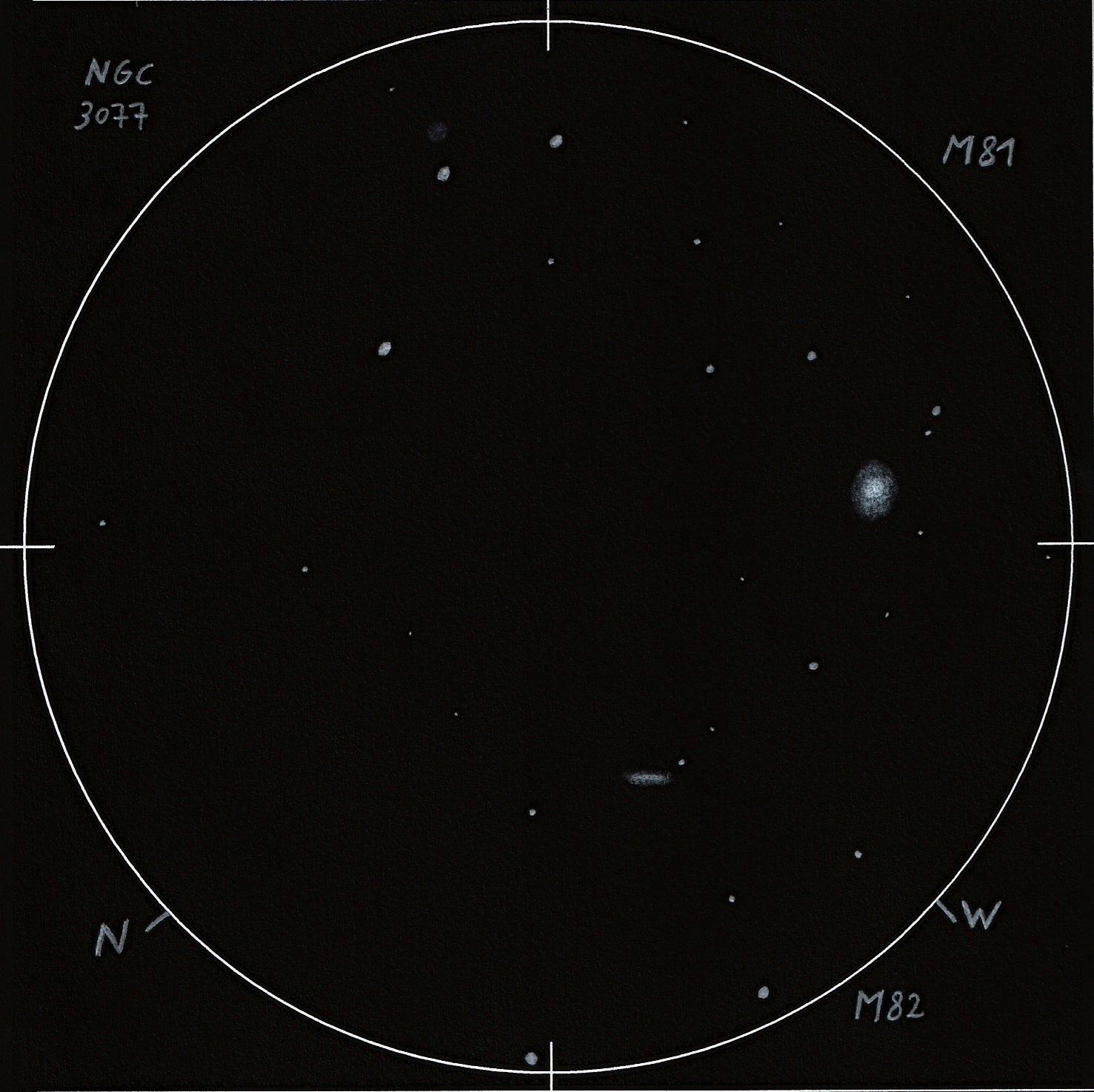