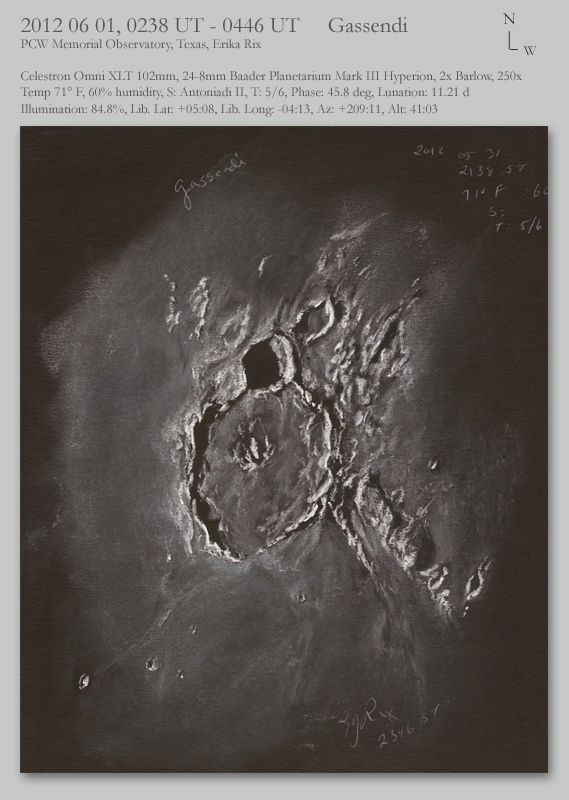 Located on the northern border of Mare Humorum, crater Gassendi is an impact crater formed during the Nectarian period (-3.92 to 3.85 billion years ago) that later was modified after volcanic activity, becoming a fractured-floor crater. Gassendi is believed to have been filled with lava from the inside, raising its floor, creating stress fractures in the process. This would explain it being considered a walled plain with a shallow depth of 2.8 km. The central peaks (~1200 m high) remain and several rilles (called Rimae Gassendi) were formed on the lava-filled floor during the Imbrian geological period -3.85 to –3.2 billion years ago.

Gassendi’s southern rim was swallowed by the lava of Mare Humorum leaving only a thin crest line to support its circular shape. Dorsa ran from the southern rim to Gassendi O (11 km wide). The sharp ridge that defines the border of Mare Humorum to the SW of Gassendi adds to the crater’s unmistakable identification.