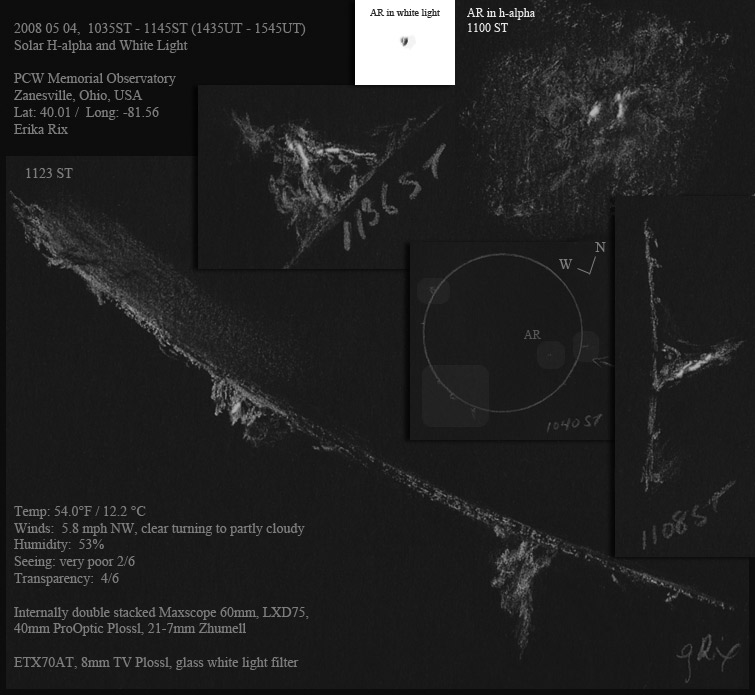 New active region in the ESE quadrant was visible with two crescent shaped plage facing each other during the h-alpha observing session. In white light, seeing was very poor making it invisible at first glance. Eventually my eyes were able to see two dark specks in the AR, appearing to be only umbrae, with the more easterly one slightly darker and thicker.

No faculae were noted in white light.

Of the prominence activity in h-alpha, the long line of southern prominences had filament reaching out over the disk on the far western edge. The large eastern edged prom in this line was leaning at a crook to the east (right) in my FOV. It was also the faintest of the four more prominent prominences around the Sun’s limb.