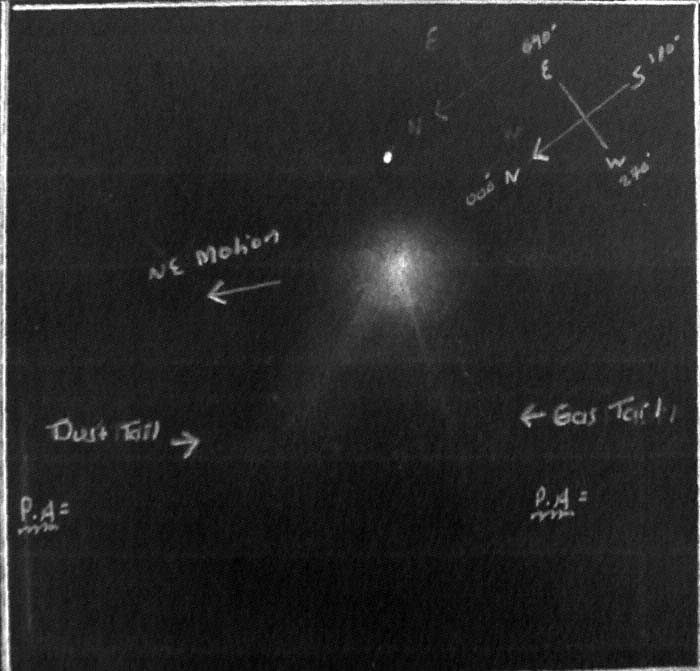 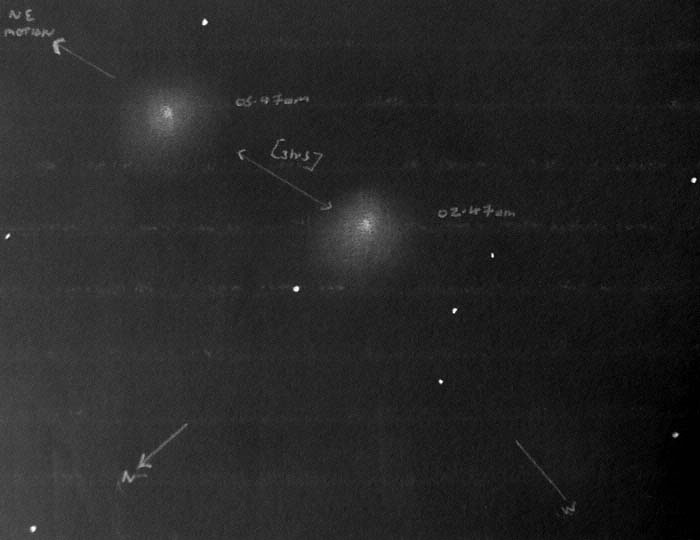 The top sketch shows C/1999 T1 Mc Naught – Hartley on Jan 14th 2001 at 06.30 LT low in the eastern pre dawn sky between Libra and Serpens in the 8″ F/10 S.Cass at 77X. Despite frozen mist, a harsh ground frost and a moon 4 days after full I could see this 8th magnitude comet quite easily and even picked out two tails, one of gas and one of dust.

This comet is very special to me as during Dec it was moving from the southern hemisphere into the northern hemisphere and I was desperate to see it. I tried to located it on every clear night even when the moon was full hoping to catch the comet as cleared horizon obstructions however despite trying so hard I could not get low enough in the eastern sky. The pre dawn hours of Christmas morning were cold, sharp with heavy snow on the ground and the corrector plate was threatening to freeze over at any moment. I guided the 8″ into the low eastern sky and began a hunt for new comets. 5 Minutes later as I swept through the southern section of Libra that was just rising over my neighbours rooftop and I found the comet! I was delighted beyond words and it felt like this comet was my Christmas present from the sky. I followed this icy wander on every clear night for months afterward as it moved from the morning sky into the evening sky. Mc Naught – Hartley taught me alot about observing comets, the long hours spent watching this comet have benefited me greatly with the future comets I have encountered.

2 thoughts on “McNaught-Hartley in Motion”