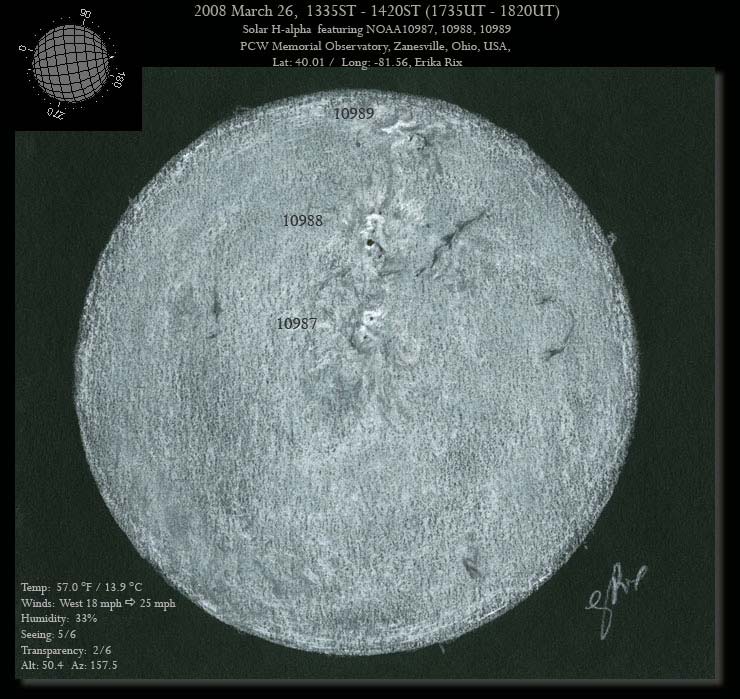 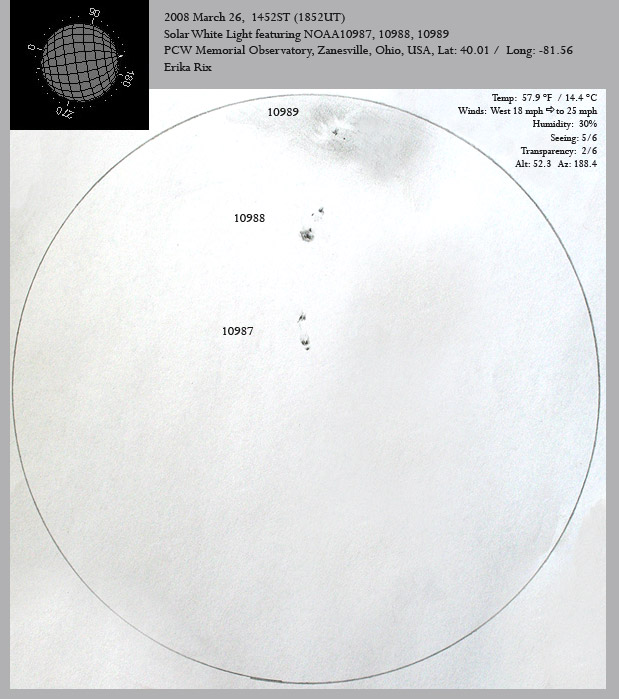 It was said that today NOAA 10989 produced an M2-class eruption causing a CME. I have to say that each of the three active regions had very bright plage seeming to curve around the dark specks of sunspots within each region. It’s not often I get such a great view of the sunspots themselves in h-alpha, but today 10988 had the largest umbral area and they all had one or two smaller dark spots. I could hardly wait to pull out the ETX70 with a white light filter to see the sunspots themselves in much greater detail.

Prom activity was very modest. After 3-4 strolls around the limb tweaking the Etalon, 6 areas of very small prominences came to view. The filaments on the disk were showy, especially the large blotchy one to the south of 10988.

With the white light filter, facula was clearly viewable around 10989, reaching out in several directions. Penumbrae were seen in most of the sunspots. I had hoped to increase magnification for a closer view, but with transparency becoming worse, as well as viewing in white light in the front yard rather then in the protection of the observatory, the white light view was already too soft. Increasing magnification would have made it impossible.

One thought on “The Makings of a Coronal Mass Ejection”