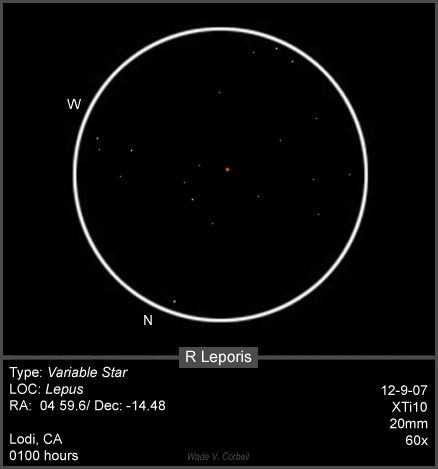 If you have never taken a moment to observe R Leporis, you will want to do so…or just revisit it and take a looksie if this is not a new object for you.

One thought on “Blood Red Sun”