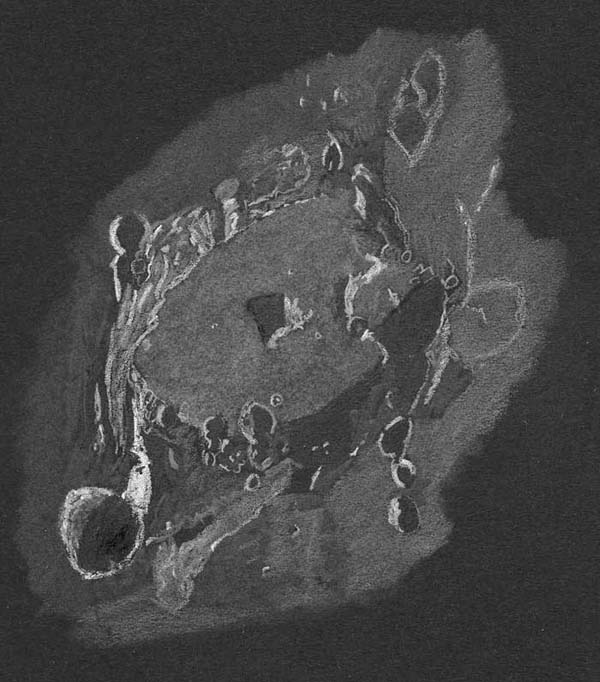 I awoke not particularly early at around 6am on Saturday December 1st, well it is
the weekend! I noted a fine gibbous Moon high in the South West from the bedroom
window. Hmm I haven’t made a Lunar sketch for a while, so out I went to the
observatory with my brew of tea and spent a while scanning the terminator for a
likely subject.

I picked out Albategnius. This is an ancient lunar impact crater 129km wide and
4.4km deep located in the central highlands. It is named after the Arabic Prince
and astronomer  Al-Battani. The level interior forms a “walled plain”, surrounded
by the high, terraced rim. The outer wall is somewhat hexagon-shaped, and has been
heavily eroded with impacts, valleys and landslips. It attains a height above
4,000 meters along the northeast face. The rim is broken in the southwest by the
smaller crater Klein 44km wide and 1.5km deep.

The third prominent crater featured in my drawing is Halley to the North East of
Albategnius spanning 36km at a depth of 2.5km.