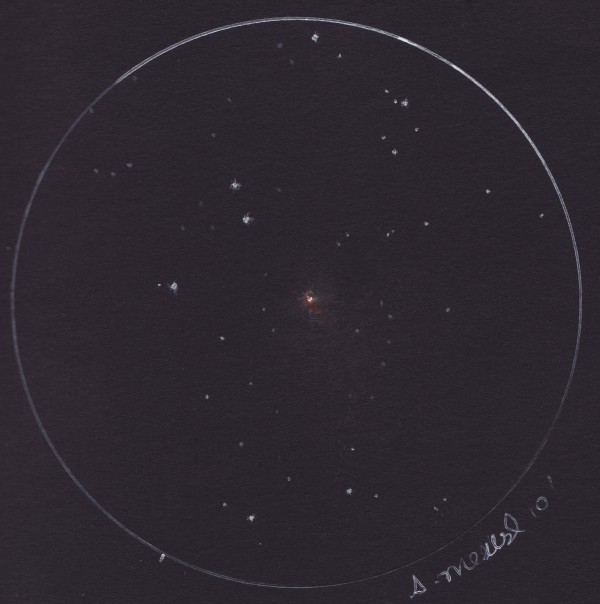 The hypergiant star VY Canis Majoris is not a particularly well known observing target, but it is however a very interesting object.

Sometimes referred to as the “Little Humunculus” this object is currently thought to be the largest star in the Milky Way.
Visually in the 56cm dob at fairly high magnification this strange object exhibits a tiny tail of ejecta as can be seen in the sketch.

The last time I observed this star was about 4 years ago in my old 41cm dob when I looked at it a couple of times over a three month period and
noticed it to be slightly fainter on occasions, so it must be slightly variable.

The first mention of VY Canis Majoris was in a star catalogue by Jérôme Lalande in 1801, where it was listed as a mag 7 star.

Needless to say that it is a star of stupendous dimensions estimated to be around 1800-2100 solar radii, and about 450 000 times brighter than our sun.
However the true size and nature of this remarkable star is still debated.

It is a highly unstable star that is shedding an immense amount of mass and is quite possibly a supernova candidate.