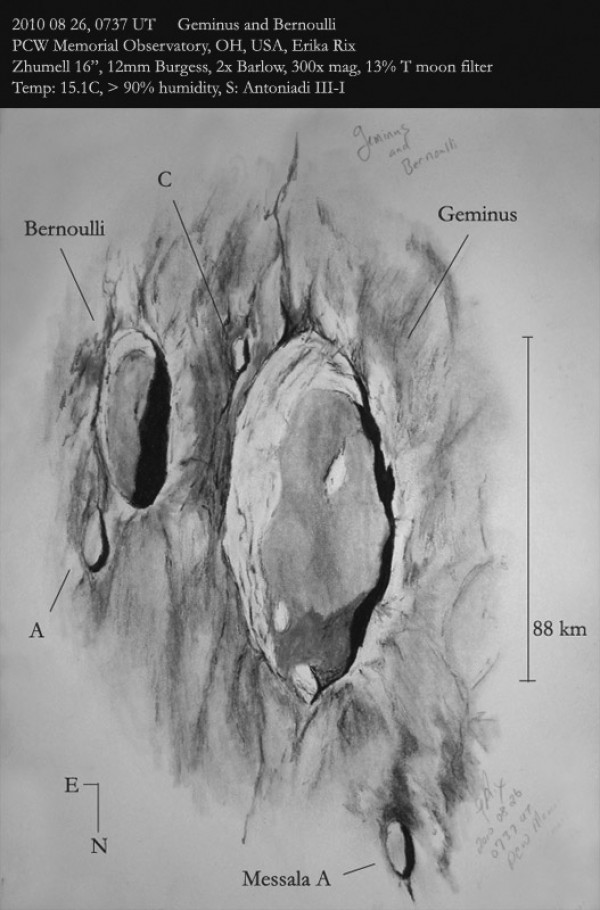 Although this is a circular formation, it appears oblong because of an
effect called foreshortening caused by its position near the limb. Even
the central ridge appears offset from the midpoint of the crater floor.
The moon filter helped bring out more details not only in the terraced
walls of the crater but also the extensive ejecta and formations
surrounding Geminus. An area of interest is northern rim of the crater.
In the sketch, there are two bright circular areas representing notches
that I first believed were craters. The rim itself appeared well-defined
and very sharp.

The central mountain in this crater was visible just outside of the
encroaching shadow. The terraced southern rim appears to spill into the
outer surroundings and the northern edge seemed to plateau connecting
like a bridge to Bernoulli A.

5 thoughts on “Geminus and Bernoulli”