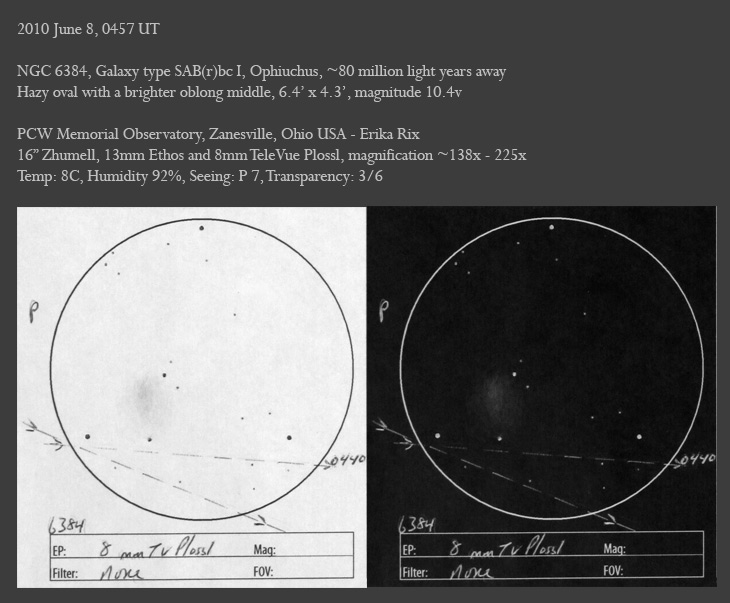 Sketch created scopeside with Rite in the Rain paper, black ballpoint ink pen, #2 pencil then the stars cleaned up in Photoshop and inverted with adjustment to brightness and contrast.

At first glance, this spiral galaxy looked small and oblong nesting with a triangle of stars. Putting a dark cloth over my head and studying it further, I was able to make out a larger fainter portion of it extending to nearly two of the stars in the triangle. I couldn’t make out any structure on the outer portion other than it was almost oval. The inner, brighter portion was more oblong and the density was uneven.

During this observation, two satellites crossed the lower portion of my FOV, traveling west to east. The second one came through about half hour after the first. It seemed to be moving a little slower and was not as bright as the first. The second was at 0440UT. The courses were marked on my sketch by the dashed lines.