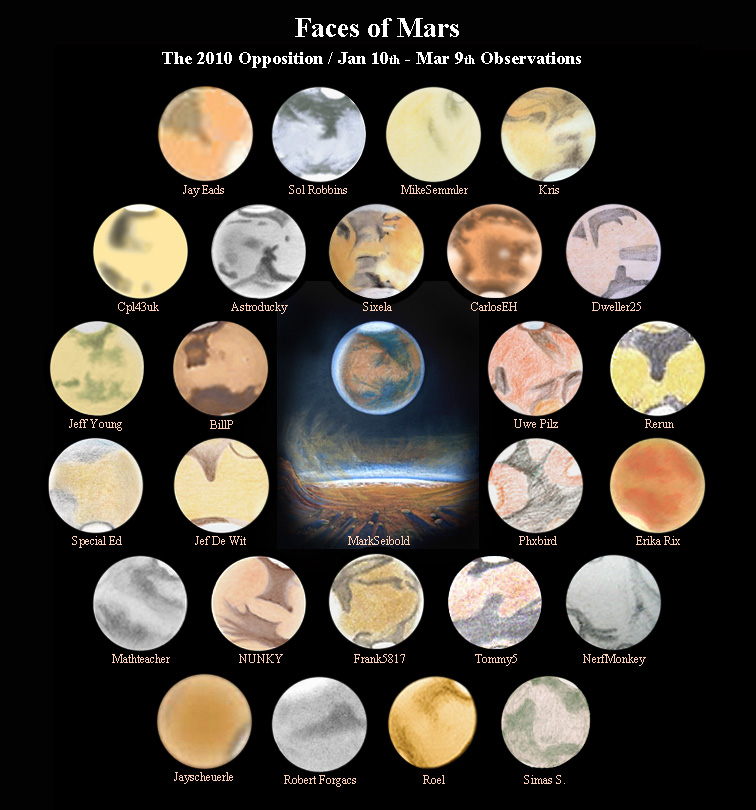 These sketches were created by 27 members of the www.CloudyNights.com Sketching Forum. They are based on observations of Mars on and around its opposition, from January 10th, 2010 to March 9th, 2010. Multiple mediums were used from pencil and paper to digital. The community of forum members whose sketches are shown are from the following countries: France, Belgium, Germany, Lithuania, Netherlands, South East Asia, United Kingdom, and USA. The instruments they used and the date of their observation is as follows:

Compiled and submitted by William Paolini

4 thoughts on “Faces of Mars”