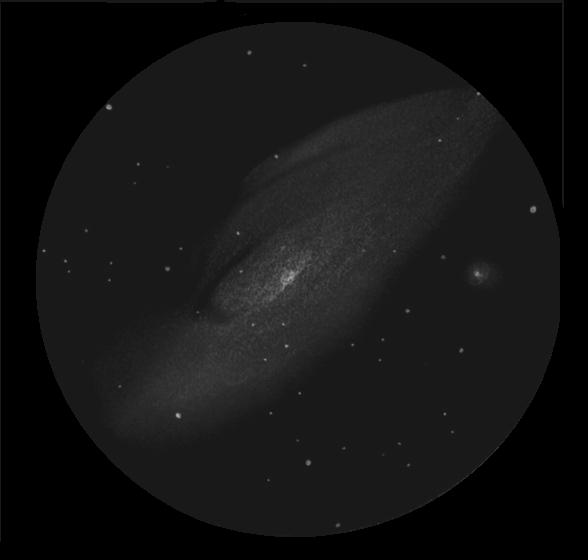 This sketch of the Andromeda galaxy (M31) was done on a very clear, transparant
night in November 2006 with my 8” f/5 dob. M32 was always visible as an out focus star. M110 was visible too, but very faint. I could get an image of the three in my GSO superview 30mm. the sketch was done using the 24 & 15mm panoptic eyepieces. I think I saw 1 and perhaps a second dustlane in the galaxy.

The sketch was done with pencils on standard printerpaper, scanned and inverted the
colors. Only the brightness is increased a bit trying to imitate the background glow
of the sky, making the sketch more realistic I feel.

2 thoughts on “Our galactic dance partner”