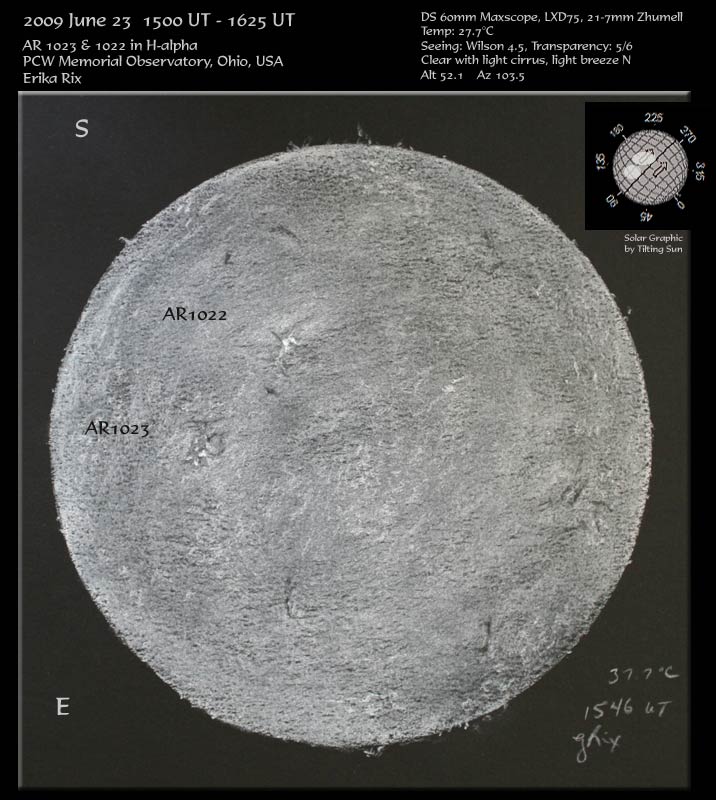 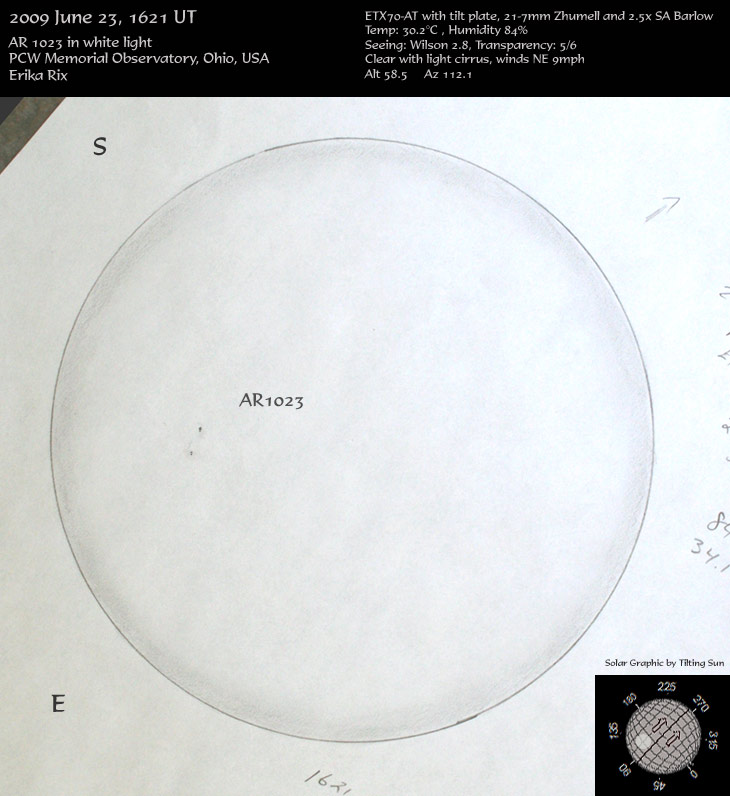 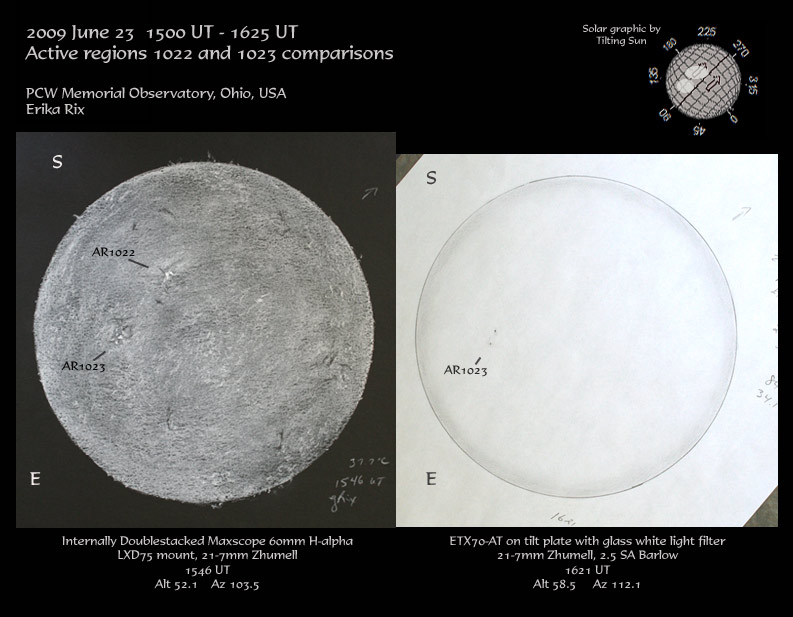 This morning, I moved the solar rigs outside for better seeing
conditions. After all the rains and then full sun today, the coolness
of the grassy fields would be a significant improvement over the hot
wood and carpet from inside the observatory. It appears my decision was
the correct one because I started the solar session off with h-alpha and
was able to not only increase mags to a 7mm, but used a 2.5x Barlow
toward the end of the
h-alpha session for deeper observing. The seeing became much worse
about an hour later when I began my white light filter observation.

Both active regions were obvious and 1023 almost looked like an “X”
shaped plage with a hint of a spot to the western crook of it. There was
another plage on the other side of that spot with a very prominent
filament reaching to the west, although very small with a more obvious
spot at the eastern start of it. Moving west across the disk, AR1022
was almost a “U” shaped plage resembling a pair of oxen horns with the
way each side of it curved outward.

There were many prominences, all fairly small, but they popped in and
out as I moved the Sun in my FOV for optimum clarity of features.
Speaking of the tilting of the Maxscope’s Etalons, I observed with Alan
Traino at a star party this weekend and had the chance to use a pressure
tuner on their 60mm Lunt h-alpha scope. What a great design! And I was
very impressed with the flat FOV, making it so much easier to pull out
details. Thanks Alan for supplying the scopes for us to try out. Wish
I had had more time to play with the pressure tuning scope as well as
the CaK.

The solar disk was speckled with network details and there were several
filaments, although again, very slender or very small.

The view with the white light filter was a little harder to discern
because of the dramatic change in seeing. Although I got a good focus,
I only had slight moments of seeing to make out a little bit of detail
within AR1023. What first looked like two oblong sunspots in that active
region became two pairs of sunspots. The preceding pair was the larger
with the following pair the smaller. There may have even been a third
little spot in the preceding pair but seeing prevented me from really
honing in on those two sets. There were no faculae that I could make
out, although there was a hint of contrast around both sets of spots as
well a faint line reaching from the preceding to the following pairs.

2 thoughts on “Full Sun In a Grassy Field”