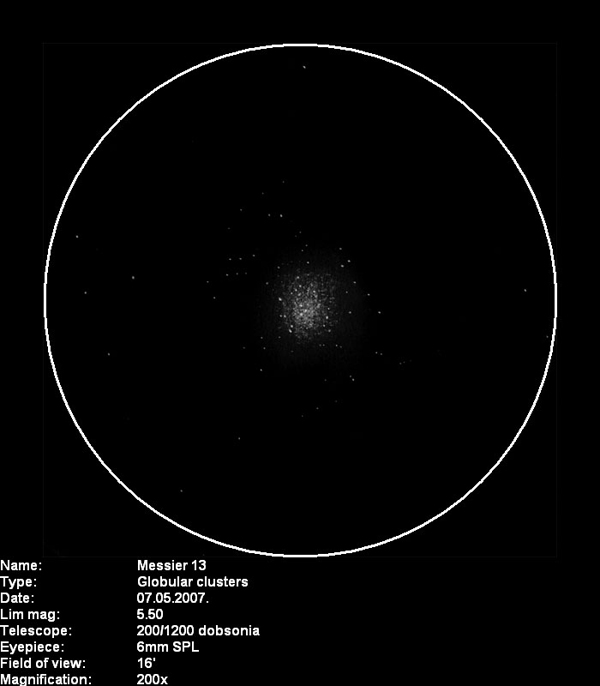 This sketch was created on plain A4 paper using graphite pencils and
fingers (for blurring). Later it was scanned and inverted in Photoshop
after some minor contrast and brightness adjustments.
I used 8″ F6 Dobson and 6mm Super Plossl Eyepiece. Magnification was
200x and field of view was 0.25°. Limiting magnitude was 5.50 and
transparency was very good.

M13 is beautiful globular cluster in Hercules. With an apparent
magnitude of 5.8, it is barely visible with the naked eye on a very
clear night. Its real diameter is about 145 light-years, and is composed
of several hundred thousand stars, the brightest of which has an
apparent magnitude of 11.95. M13 is 25,100 light-years away from Earth.

2 thoughts on “Globe of suns”