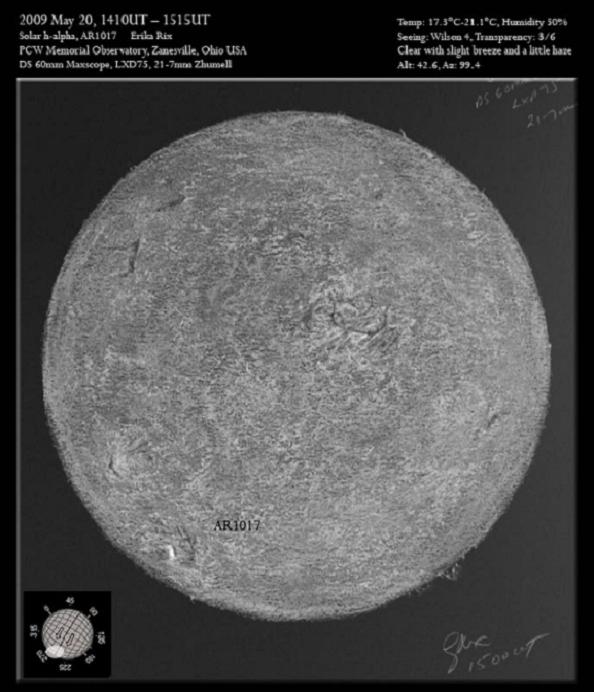 Solar disk in H-alpha on May 20th, 2009
Sketch and Details by Erika Rix

Active region 1017 is now spending its last moments on the western limb and will be leaving us soon. The plage was fairly unremarkable and faint except for a very bright portion on the leading edge of the faint filament running north to south along side of it.

The region approximately 40° in from the eastern limb has a slender, but well-defined filament that, upon closer closer inspection, branches off toward the north with a black, almost round smudge at the crook of the branch. There were contrasty areas of faint plage making streaks and mottles around the filament.

There were a few broader filaments scattered about, although soft in appearance. And the prominences were very small and scattered; however, there was on area of prominences toward the south that made a beautiful display.