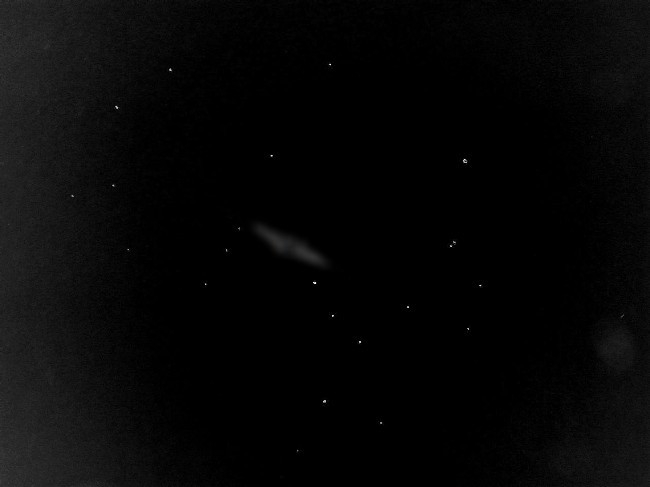 This northern hemisphere bright galaxy (magnitude 8.4) is one of the showpiece island universes of Ursa Major. At 11-12 million light years from us, M 82 which is also known as NGC 3034 clearly shows its central starburst activity with obscuring dust at the eyepiece of moderate to large telescopes. This galaxy is a member of the M81 group of galaxies and is just slightly more than one moon diameter away from this galaxy.
Both M 81 and M 82 were discovered by Johann E. Bode late in 1774 and just 6 years and 1month later Charles Messier added M 82 to his well known catalog.
In 1963 astronomers Sandage and Lynds published a paper describing M 82 as a strong radio source. In infrared this galaxy is very bright. The galaxy was once thought to be an irregular shaped galaxy but is now known to have two normal spiral arms and a central bar visible in near infrared.
I look forward to spring each year to be able to observe this galaxy at culmination on a moonless night.