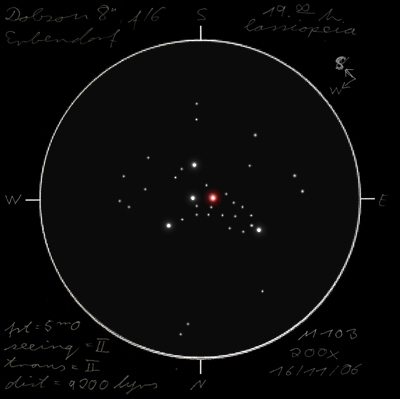 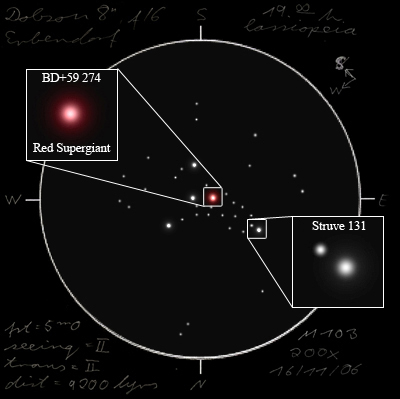 Observing M 103 requires a good deal of magnification, in binoculars or
at low powers, the cluster is only visible as a more or less bright
nebula or a small and distant group of stars. At higher powers, its
specific triangular shape becomes visible, three stars forming its
corners with two brighter stars in its center, one of them with a
striking reddish tone. Its catalog number is BD+59 274, a class M1Iab
star, a Red Supergiant. The double star at the cluster’s Northern-most
point is Struve 131.