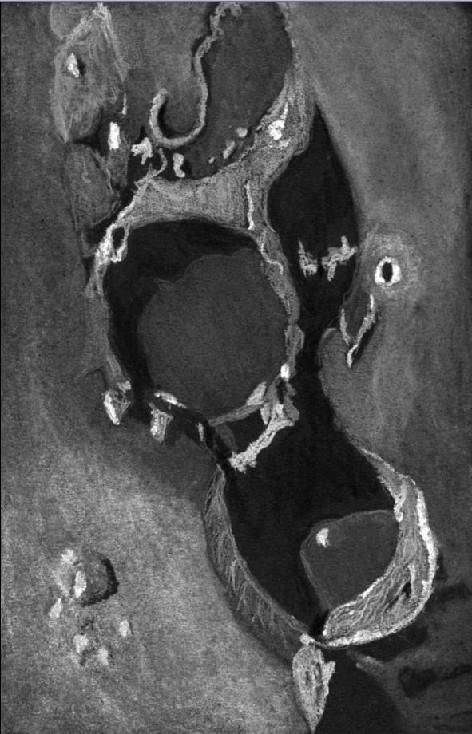 I scanned the terminator with my 6” refractor, looking for a feature that caught my eye just a little more than the next, that formation that shouted out “sketch me”.
I was drawn to a pair of craters on the terminator, delightfully lit by the Sun and filled with shadows of the moment.
The upper of the two craters in my sketch is Mercator named after a Belgium Moon mapper (1512-1594). It is a flooded crater of 46km diameter with a flat and smooth floor which contrasts well with the very similar sized Campanus just below which is 48km in diameter but has a central peak and more dramatic terraced walls was named in memory of Giovanni Campano a Thirteenth Century theologian, astronomer and astrologer a common combination for the time. A considerable amount of research through my lunar library has led me to identify the small but bright crater to the right of Mercator as likely to be Marth, a German Astronomer 1828-1897, illumination prevented observation of its interesting double wall.