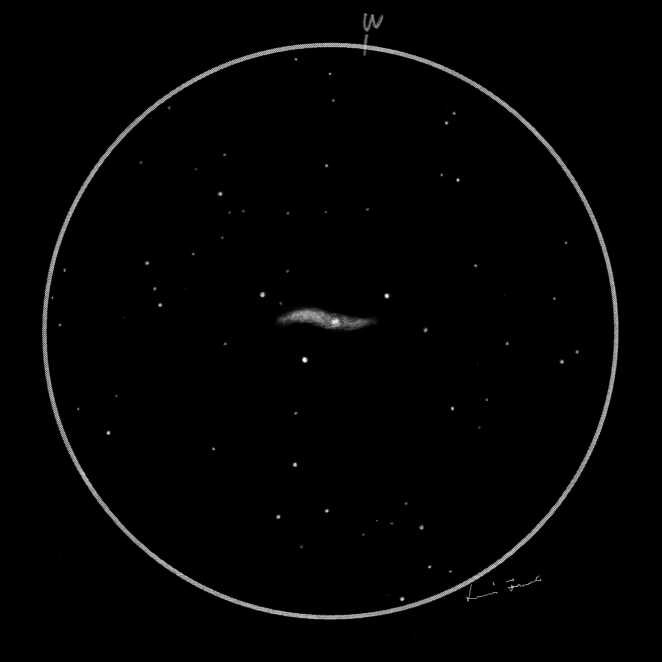 NGC 7640 Galaxy in Andromeda
Sketch and Details by Ferenc Lovró

Ferenc Lovró wrote:
This object is a faint but still very spectacular spiral galaxy with an estimated brightness of about 12.3 m. As I almost never read or view pictures of the objects I want to observe (so the photos in my memory will not change the picture I really see with my own eyes). Because of its very asymmetrical shape I first thought that it must be an irregular galaxy, similar to the objects in Halton Arp’s compilation of peculiar galaxies. Even its core areas seemed to almost fall out of the galaxy itself. However, later on by examining astrophotographs it turned out that what I believed to be its core is in fact a bright foreground star and the real galactic core is in fact located in the brighter little densities near the “fake core”. At smaller magnification, the so far homogeneous arms start to show many details, especially with averted vision near the core. I measured its size as 4.5′ x 1′.

One thought on “Asymmetrical Beauty”