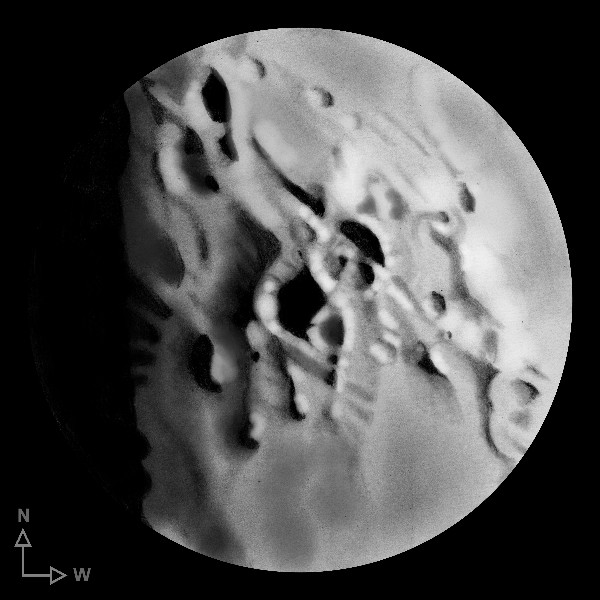 On the northern shore of Mare Nectaris you will find an intriguing pair of smallish craters – Isidorus and Capella. Nearly intertwined, Isidorus measures 48 km in diameter, and Capella 49 km. The floor of Isidorus features a large craterlet, designated Isidorus A, but this feature was lost in deep shadow at the time of observation. On the south-preceding (sp) edge the large, shallow impact crater Isidorus F. Several odd-looking hills extend to the south of Isidorus.

Capella is a fascinating structure. Its walls overlap those of Isidorus and it is pierced by an impressive scar known as Vallis Capella, which extends from Isidorus B in the north, through Capella and onward toward the peculiar crater Gaudibert to the south. A significant promontory extends from the sp crater wall toward the center of the crater and parallel with Vallis Capella. The floor of Capella is rough and sports a prominent central peak with a crater on top, making it look a lot like a terrestrial volcano (didn’t know to look for this – must pay more attention next time).

2 thoughts on “Isidorus and Capella”