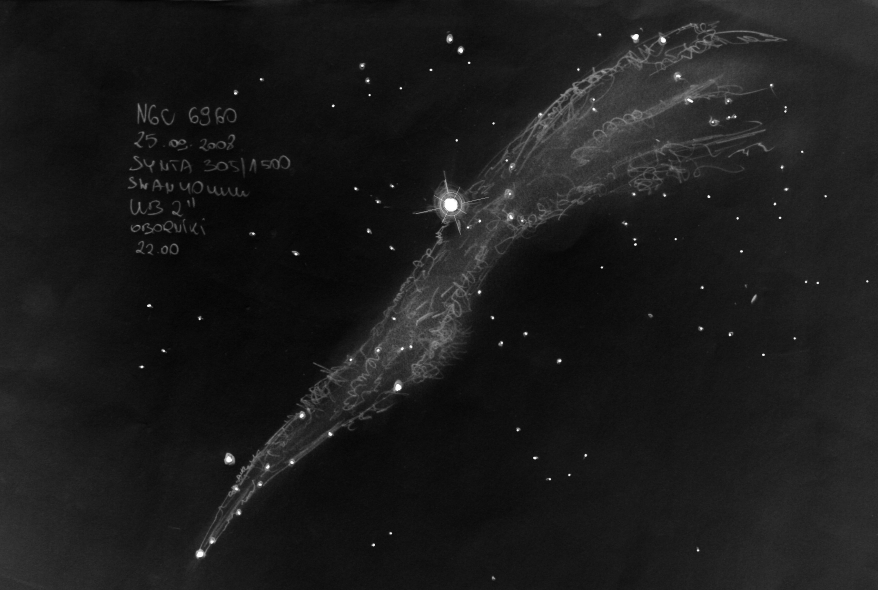 Now I want to present a sketch, that was never publicated in internet. A western part of the Veil Complex, known as he Witch’s Broom Nebula, but I rather prefer other, rare used name, ( less formally ) of this extremely beautiful object: The Finger of God.
A veil nebula especially western part of it, is a marvellous conglomerate of fibres frayed matter.
This complex is a large object, so I usually use my lowest-power eyepiece : Swan 40mm witch nebular filter UB in Newton 305mm
I could spend hours in watching this unusual, extraordinary spectacle, which make me out of touch with reality.

2 thoughts on “The Finger of God”