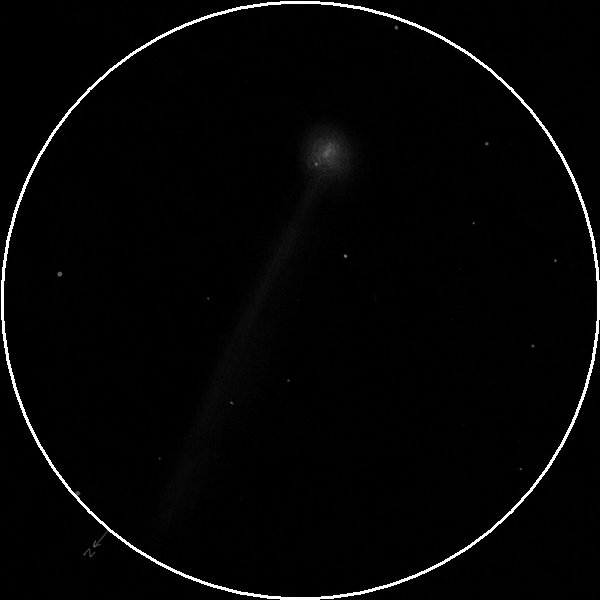 24th October 2006. around 18:30 UT
Novo Cice, Croatia
This sketch was created on plain A4 paper using graphite pencils and
fingers (for blurring). Later it was scanned and inverted in Photoshop
after some minor contrast and brightness adjustments.
I used 8″ F6 Dobson, and GSO WideAngle 15mm eyepiece. Magnification was
80x and field of view around 0.8°. Limiting magnitude was 5.30 and
transparency was good. Comet was very bright and obvious in finder and
it was near M13. In eyepiece it was real showpiece. Head of comet was very bright,
teal and with star like nucleus. Very faint tail was visible running from the
head of the comet. Estimated length of tail was around 1°. Probably the
most magnificent comet in the year 2006 that I had opportunity to observe.