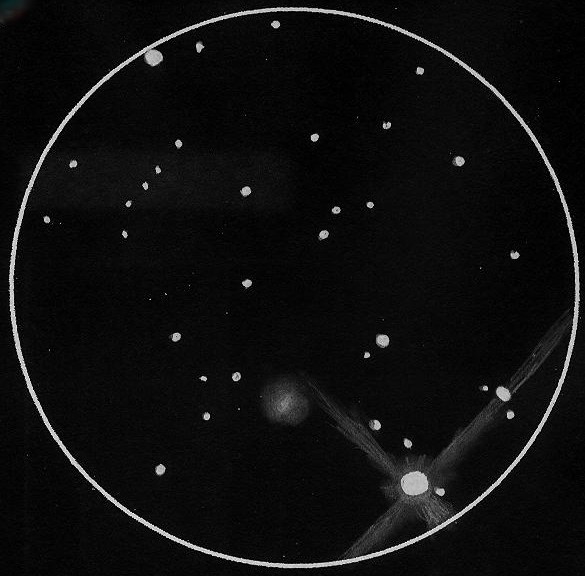 Following Frank’s post of Mirach’s Ghost NGC 404 on Tues 16th I promised in my comments to follow in his footsteps when the sky cleared and sketch this interesting duo.
Last night with my 14″ and Watec 120N Video camera I did just that. With the gibbous Moon rising in the east, Jupiter low in the SW and the summer triangle high over head it was at last! a fine evening, but I needed to move fast before the ‘Ghost’ vanished in the light of the silvery moon.

It was fun to follow what Frank had accomplished so recently.

One thought on “Echo of Mirach’s Ghost”