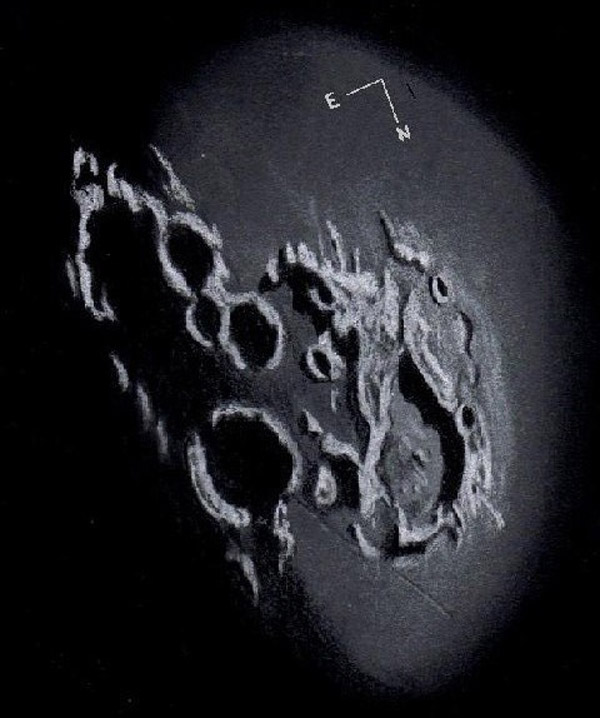 In the mid 1600’s Johannes Hevelius named this highland region east of the Sea
of Fertility Colchis (Land of the Golden Fleece) within a few years Giovanni
Riccioli named the same region Terra Manna. Two hundred years later both of
these names disappeared as the craters of the region continued to be named.
This lunar surface being erased by the shadow of the terminator early this morning
is between the ears of “The Rabbit in the Moon”. The largest crater with an
illuminated floor is battered Gutenberg, a 4 billion year old 75 km diameter
formation with a large breaching impact crater (Gutenberg E) on its northeastern
rim. East of the crater the widest and deepest part of Rimae Goclenius was glimpsed
as the seeing periodically improved. Domes in this area could not be seen with
certainty due to poor seeing. Southeast of Gutenberg crater Goclenius a 56 km
Nectarian age crater appears round with a floor in complete darkness. Also close to
the terminator are craters Magelhaens through Colombo.

2 thoughts on “Between the ears of the rabbit”