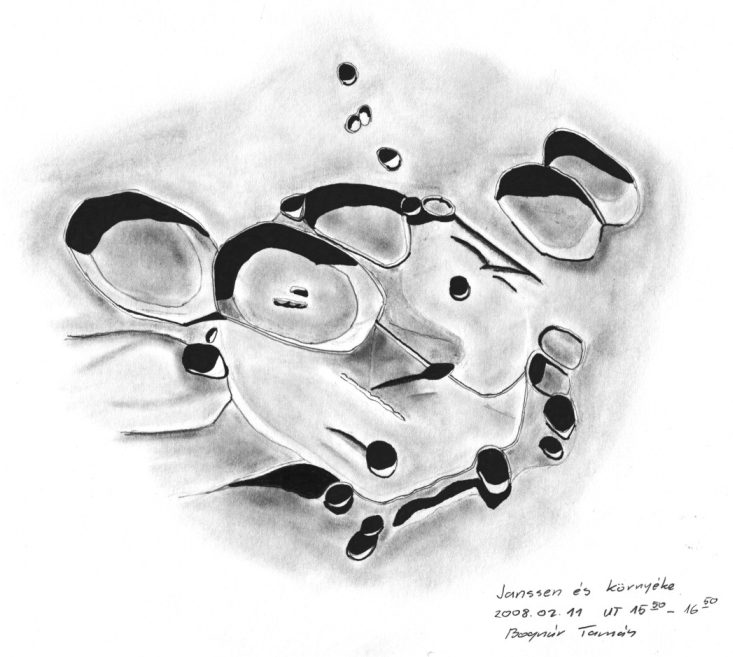 Jansen and his neighbourhood
Sketch by Bognar Tamas, Details by Richard Handy

Janssen’s rugged and crater battered walls are rendered with wonderful precision in this sketch by Bognár Tamás of Zakany, Hungary. Janssen, a large 190 km crater originally formed during the the Pre-Nectarian age, would have sported a complex series of terraces and obvious set of central peaks, at least initially. Subsequent bombardment by meteorites of all sizes have reduced this once prominent giant into a bare hint of it’s former majesty.

2 thoughts on “Once a Prominent Giant”